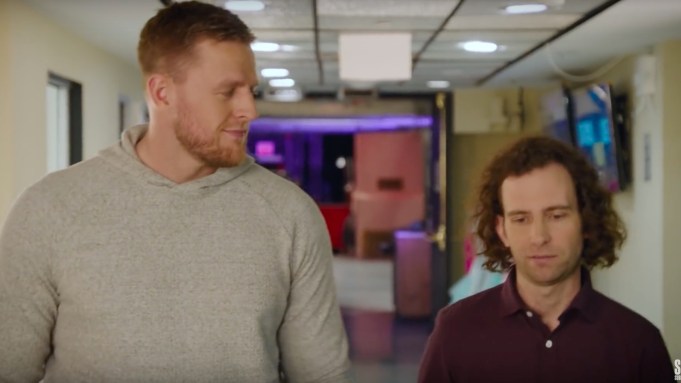 Repeatedly tested by SNL‘s Kyle Mooney, the pro athlete gives as good as he gets. Stick around to the end.

Watt will be making his SNL debut on Saturday, with musical guest Luke Combs, whose album What You See Is What You Get debuted atop the Billboard 200 chart in November.

The Texan is the latest in a long line of athletes hosting SNL, including Tom Brady, LeBron James, Nancy Kerrigan, Joe Montana, Wayne Gretzky and Jeff Gordon, to name a few.

The February line-up continues the following with with guest host RuPaul and musical guest Justin Bieber.

Check out the promo above.