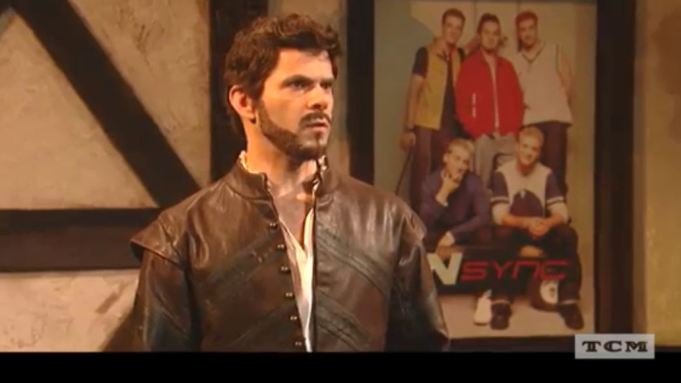 Saturday Night Live tonight didn’t miss its chance to pile on the biggest show on television — Game of Thrones — but not over who might or might not take the Iron Throne. That’s because a random Starbucks (or Starbucks-esque, anyway) cup that found its way into a scene from last week’s “The Last of the Starks” episode made a way bigger splash than any plot twist in the HBO series wrapping its historic run.

SNL took its swipe in the show’s final episode with a skit titled “Wait a Second, That Shouldn’t Be There,” in which Kyle Mooney starred as host of a spoof Turner Classic Movies show “where we look at the biggest continuity errors in Hollywood history.”

Cut to scenes involving increasingly obvious editing errors first from the 2016 remake of Roots to Shakespeare In Love (that Oscar winner’s real producer, Harvey Weinstein, gets a wince-inducing shout-out in that bit) and Downton Abbey, in which host Emma Thompson’s dead-on Maggie Smith wears a beer helmet and orders a Domino’s pizza.

The actual GoT miscue came during last week’s episode, the third-to-last for the epic series, when the errant cup (presumed immediately to be Starbucks) appeared on a table in Winterfell’s Great Hall about 17 minutes in, as Tormund Giantsbane is toasting his friend Jon Snow in celebration of their victory over the Night King. It’s also in clear sight of Emilia Clarke’s Daenerys Targaryen, who’s seated at the table watching the exchange.

For the record, HBO took the the mistake in stride. “The latte that appeared in the episode was a mistake,” the network said in a statement. “Daenerys had ordered an herbal tea.”

HBO also said it removed the error from all future airings of the episode. That NSYNC poster in Shakespeare In Love however is another matter.