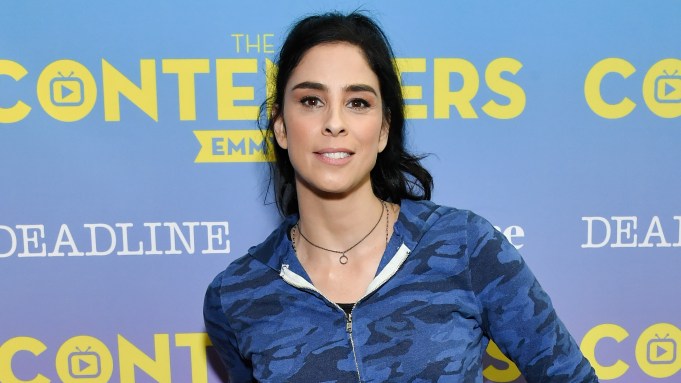 An Emmy-winning comedian also recognized for her contributions as an actress, writer and producer, Sarah Silverman dove head-first into the talk-show arena as host of the Hulu series I Love You, America. Featuring appearances from an array of entertainers, politicians and high-profile personalities including Patton Oswalt, Al Franken and Roxane Gay, I Love You, America was conceived by Silverman as a “Mister Rogers for adults”—a series that would foster conversation and connection between people of all kinds, like-minded or otherwise.

“It just felt like it was really time to remember things like, ‘If it’s mentionable, it’s manageable,’ and ‘There isn’t anyone you couldn’t love once you’ve heard their story,’” she told Pete Hammond last month during Hulu’s panel session at Deadline’s The Contenders Emmys.

During the conversation, Silverman recalled traveling to Chalmette, LA for Season 1, sitting down for dinner with a family that all voted for Trump, and “had never met a Jew.” Reflecting on this experience, she discussed the human tendency to go into a situation with preconceived notions — a tendency that must be challenged.