Continue to Deadline SKIP AD
You will be redirected back to your article in seconds
Skip to main content
June 22, 2018 12:50pm 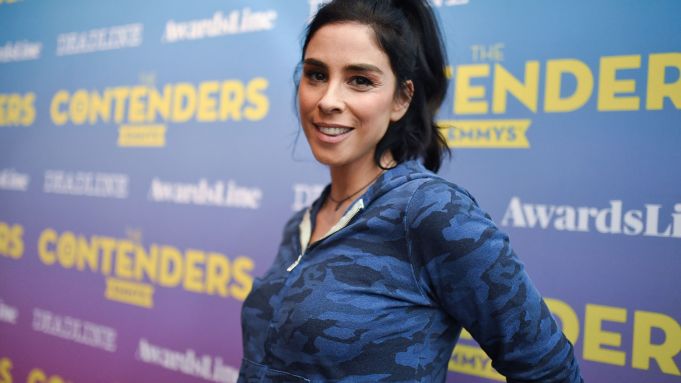 “We’re all living in echo chambers. You think that your Twitter is giving you ‘fair and balanced news,’ but you curate it,” I Love You, America host Sarah Silverman said during her Hulu series’ panel at Deadline’s The Contenders Emmys event. “It’s a whole world that you have curated according to your thoughts and beliefs, and we’re not seeing what everyone else is seeing.”

Taking the reins with her own talk show, the comedian has tried to find her own way out of the “liberal bubble,” sparking productive conversation with people from both sides of the political spectrum in the midst of a divided America.

“I’ve learned so much with every interview I’ve done. I enjoy, at this point in my life, being changed by new information. And I am,” Silverman said. “I look at stuff I did years ago and I do not stand by it. It’s horrifying. But that’s also the beauty of comedy: It isn’t evergreen, and I can’t erase stuff that I did. I can only now be changed by it.”

Returning for its second season in September, will I Love You, America place emphasis on, or be influenced by, November’s midterm elections? “I think it can’t help but be. But right now, I’m trying to go into it as agenda-less as possible,” Silverman said. “But of course, I can’t help it. I’m me.”