As Packaging Comes To An End Today, Squabbles Over Grandfathered Projects Likely To Continue; Analysis + WGA Q&A
Read the full story
May 19, 2021 2:38pm 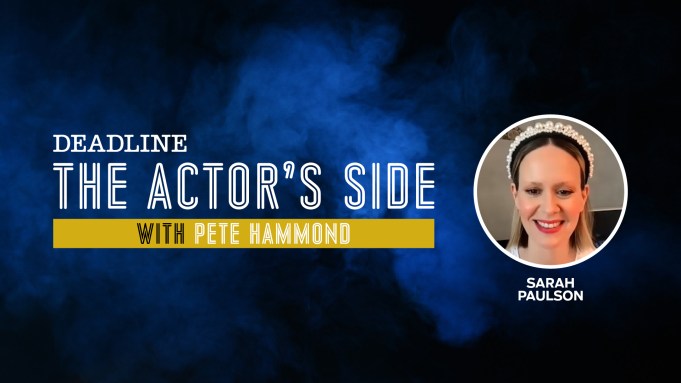 From Sarah Paulson’s extraordinary run of characters and numerous Emmy nominations on American Horror Story to her current collaboration with AHS creator Ryan Murphy on Ratched, it is clear the star and producer have a unique connection that has resulted in critical acclaim, Emmys — her Marcia Clark in Murphy’s American Crime Story being proof of that — and some great television moments.

But Paulson is anything if not versatile, with a filmography that also includes roles in such acclaimed films as 12 Years a Slave, The Post, Carol, Ocean’s 8 and the current Hulu hit Run. She also turned heads as Nicolle Wallace in the Sarah Palin opus Game Change, as well as last season’s limited series Mrs. America, to name a few. Upcoming is her take on Linda Tripp (!).

Paulson never stops working, and her current Netflix series Ratched, an origin story for the ages, in which she is anything but your mother’s Nurse Ratched from One Flew Over the Cuckoo’s Nest, is earning her Emmy buzz yeet again. She joins me for this week’s edition of my Deadline video series, The Actor’s Side. To watch our conversation just click on the link above and get the ‘actor’s side’ from Sarah Paulson.

Join me every Wednesday for new episodes during Emmy season.