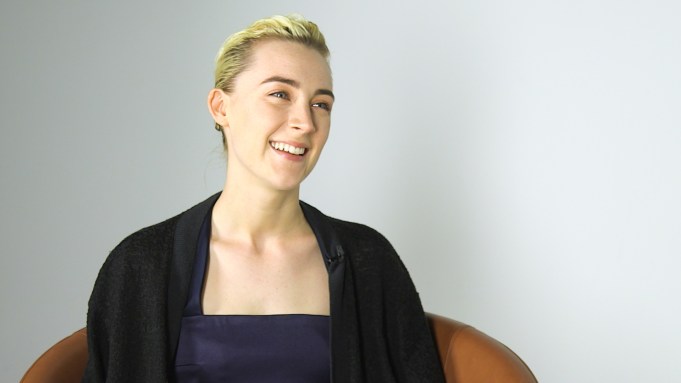 At just the tender age of 23, Saoirse Ronan is heading towards her third Oscar nomination for Lady Bird, having already nabbed Critics’ Choice, Golden Globe and SAG nominations for the role of a Sacramento teen looking to move away and move on. She’s also won several critics group awards, but as I discovered when she stopped by our studio for this episode of my Deadline video series The Actor’s Side, she takes it all in stride, crediting writer-director Greta Gerwig and her screen parents Laurie Metcalf and Tracy Letts for playing a big part in the success of the film and her lilting performance.

In addition to her movie mom and dad, we also discuss her real parents, who moved this very Irish star from her native Brooklyn (!) at a young age back to their roots in Ireland. She talks about landing a very early role in a Michelle Pfeiffer comedy, before getting a key role in Joe Wright’s Atonement and winning her first Oscar nomination at age 12. Ronan talks about acting for the camera like she has done it for 50 years, affecting a California accent for Lady Bird, discovering the character as she was doing it, and getting emotional when we talked of the tender immigrant tale Brooklyn which brought her her second Oscar nomination just two years ago.

Check out our conversation above, and check out all The Actor’s Side episodes on Deadline’s Facebook page here.