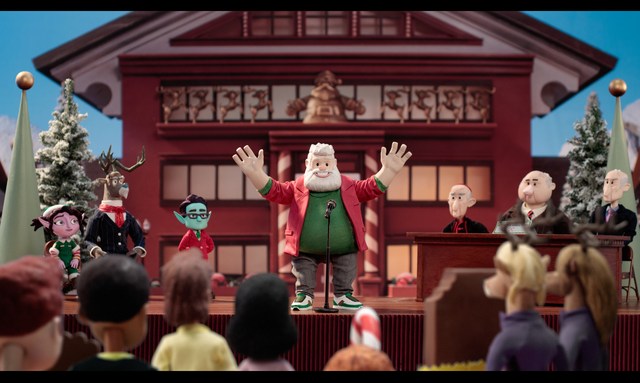 Merry f’ing Christmas from HBO Max’s upcoming stop-action animated series Santa Inc starring Seth Rogen as a potty-mouthed Santa Clause and an equally raunchy Sarah Silverman as an elf. They make their debut in the trailer above ahead of its Dec. 2 premiere.

The adult-themed comedy tells the story of Candy Smalls (Silverman), the highest-ranking female elf in the North Pole. When the successor to Santa Claus (Rogen) is poached by Amazon on Christmas Eve, Candy goes for her ultimate dream — to become the first female Santa Claus in the history of Christmas.

“When you’re a kid, there’s only one day more special than any other day—and that day is Christmas,” Silverman’s elf says in the trailer. “And we are the magic behind that day. So let’s get these f***ing kids some f***ing presents!”

The series is part of Point Grey Pictures’ deal with Lionsgate, which Rogen and his partners Goldberg and Weaver signed last year to develop and produce multiplatform content.