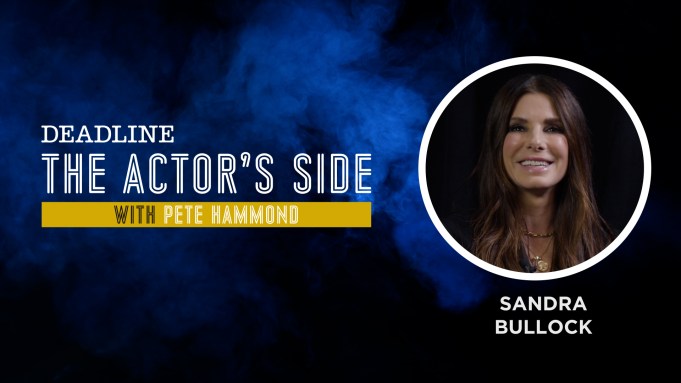 With a filmography that runs the gamut from romantic comedy and hard-hitting drama to even outer space, Sandra Bullock has become one of the most versatile and beloved actors working today. Her roles include an Oscar-nominated turn as a lone astronaut in Gravity, a great addition to the heist franchise with Ocean’s 8, a classic rom-com with The Proposal and an Oscar-winning performance in The Blind Side.

Now comes a harrowing and unexpected dramatic role as a recent prison parolee trying to put her life back together in The Unforgivable, which is now in theaters and begins streaming Friday on Netflix. Bullock previously made history with her last Netflix film, Bird Box, which instantly shattered all viewing records for the streamer.

Bullock joins me today on the latest episode of my Deadline video series The Actor’s Side. We sat down in the studio to talk about all aspects of her career including the fact she is the rare person to have won both an Oscar and a Razzie in the same year (that Razzie came for the little-seen All About Steve), and actually showed up to accept both, proving handily this is one star who can take the good with the bad in style. She also talks about her reasons for taking on this different and challenging character in Unforgivable, a movie on which she is also a producer. As with everything she does, she puts everything into it and finds her way into one of the most intriguing and memorable parts she has played to date.

Click on the video above to see our conversation, and theck this spot out every Wednesday during Oscar season for another edition of The Actor’s Side.