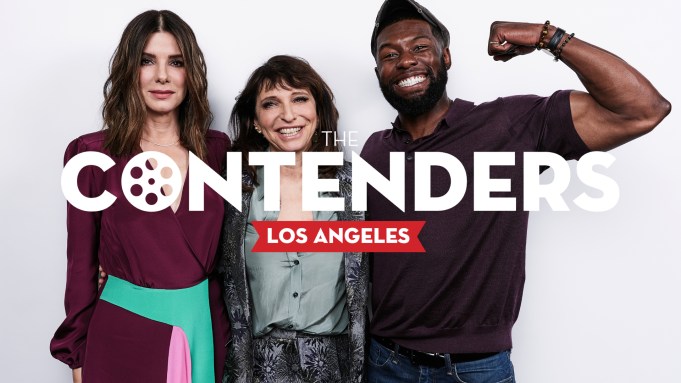 As part of Netflix’s presentation last month at the Deadline’s eighth annual The Contenders Los Angeles all-day event, Sandra Bullock wrapped up the proceedings on a panel for her new movie Bird Box by sharing secrets of playing blind — which is exactly what she had to do in the post-apocalyptic film, which will debut on the streamer December 21.

The Oscar-winning star of a movie called The Blind Side literally had to go without sight for much of this film, as the plot revolves around people mysteriously dying if they open their eyes. Bullock’s character Malorie finds herself taking care of two children she never wanted in the first place, yet fiercely tries to save them in a condition that would seem impossible for most people.

Bullock says she read the script years ago, before having kids of her own, and said it didn’t quite connect. Then two years she picked it up again and saw it in a whole new light. She also talks about working with a consultant for the blind and the tricks of not bumping into the cameras as she maneuvered around various locations.

Director Susanne Bier talks about how Bullock made these scenes come alive, and co-star Trevante Rhodes pipes in about what he says was a uniquely special experience in making the film.