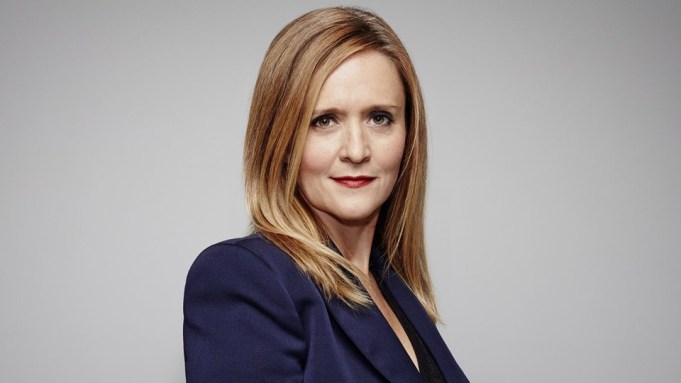 Samantha Bee kicked off Full Frontal celebrating her “least favorite insufferable douchebag finally coming fact to face with what he had become.”

“It’s a little late for that, buddy!” Bee responded. “You can’t make something a state secret when it’s already been a No. 1 bestseller!”

Trump’s trying to brazen it out on every front, Bee detailed,  using “executive privilege” to try to stop former White House counsel Don McGahn from testifying, trying to block Robert Mueller from testifying, “and Trump’s family lawyer – I mean Attorney General of United States – is also refusing to testify to the House,” she snarked.

POTUS also is vowing to refuse all House subpoenas on every topic.

If not a Constitutional crisis, it’s certainly Constitutional “crisis-y,” the TBS late-night host insisted, warning, “if he get away everything Schoolhouse Rock taught us about co-equal branches of the government was wrong. That little dancing bill is one

step away from jumping in the shredder.”

Bee pounced on the New York Times report asserting Trump lost more than $1B between 1985 and 1994 and TV news talk that means POTUS lost more money during that period than any other individual American taxpayer. That included at least one pundit who claimed Trump accounted for 2 cents of every business loss reported in the entire United States in that period.