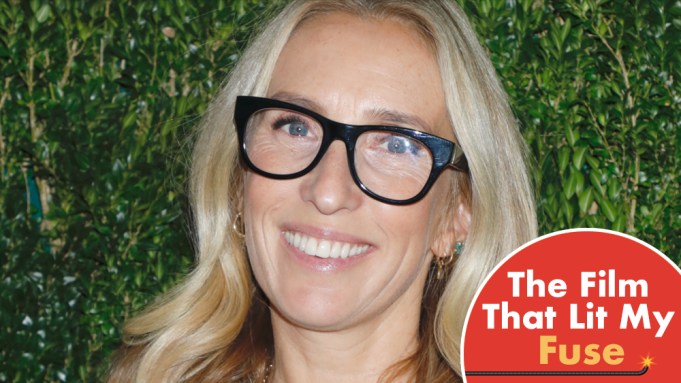 The Film That Lit My Fuse is a Deadline video series that aims to provide an antidote to grim headlines about industry uncertainty by swinging the conversation back to the creative ambitions, formative influences and inspirations of some of today’s great screen artists.

Every installment we pose the same five questions, and answering those questions this week is Sam Taylor-Johnson, the BAFTA-nominated British director behind John Lennon biopic Nowhere Boy, Fifty Shades of Grey, and most recently A Million Little Pieces, on which she collaborated with her husband Aaron Taylor-Johnson. She is currently attached to direct a Paramount Television Studios adaptation of Jeffrey Eugenides’ Pulitzer Prize–winning novel Middlesex, while she is also poised to announce her latest feature at the reimagined Cannes digital film festival.

In The Film That Lit My Fuse, Taylor-Johnson talks passionately about how Steven Spielberg’s Close Encounters of the Third Kind sparked her love of cinema during a trip to an Odeon theatre in Streatham, London, when she was 10 years old. “It went under my skin and stayed there,” she tells us. But, as she reveals, it wasn’t until watching a re-run of A Woman Under the Influence years later at an independent cinema that Taylor-Johnson decided she wanted to be a filmmaker.

The first episode of The Film That Lit My Fuse featured six-time Oscar winner Francis Ford Coppola. The Godfather director revealed that Sergei Eisenstein’s silent movie October: Ten Days That Shook The World was the feature that inspired his career in filmmaking.