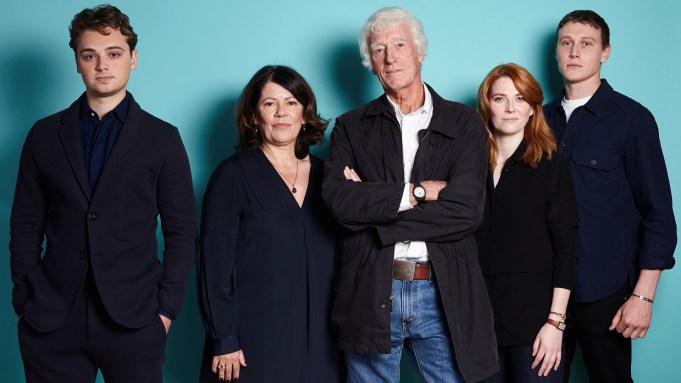 Sam Mendes’ World War I movie 1917 was filmed using one continuous, shot but the team behind the epic said it was not a “gimmick.”

The film tells the story of two young British soldiers who are given an impossible mission: deliver a message deep in enemy territory that will stop their own men from walking straight into a deadly trap to save thousands of lives.

Producer Pippa Harris, speaking recently at Deadline’s The Contenders London, said, “Sam’s grandfather was in the First World War and told him a number of stories when we were kids and from that Sam got it in his head to tell a WWI story. He and Krysty [Wilson-Cairns] went and read every first-person account in the Imperial War museum and many other sources and from that created a fictional story. The one-shot was there from the beginning — the idea that you’re with the soldiers throughout the film and you would never leave them. That technique would allow you to feel totally immersed in it.”

Wilson-Cairns, who had previously written on the Mendes-produced TV drama Penny Dreadful, admitted there was a bit of initial hesitation. But she added, “It took a bit of reframing your brain because that had to be innately in the script. The one-shot was never a gimmick, it was never just to put bums on seats, it was told from an emotional point of view so you can really understand what happened to these men. You’re not just watching a journey, you’re living it with them, so that was at the heart of the script.”

Legendary cinematographer Roger Deakins, who has worked on films including Blade Runner 2049 and Skyfall, admitted it was a challenge. “It’s like any film when you first read a script, like when I first read Blade Runner, it was like ‘Oh my god.’ The front page of 1917 was this imagined to be one continuous shot and you [say] ‘Really?’ I was concerned it was a gimmick but it’s not a gimmick, it’s a way to get sucked into the story. Every film has a different way to tell a story and this was a particular challenge.”

MacKay said it was an “amazing process” to be part of. “We rehearsed for months beforehand. It was like acting in its essence, you understand the rhythm of the story and you get the technicality right, particularly because we were filming these really long scenes, and then you can forget and let the scenes be real.”

Chapman added, “As an actor, every single scene was such high stakes so to step on set every day, every take was really hard.”

The Universal film, which Mendes was still tinkering with as London Contenders was going on, is released December 25.