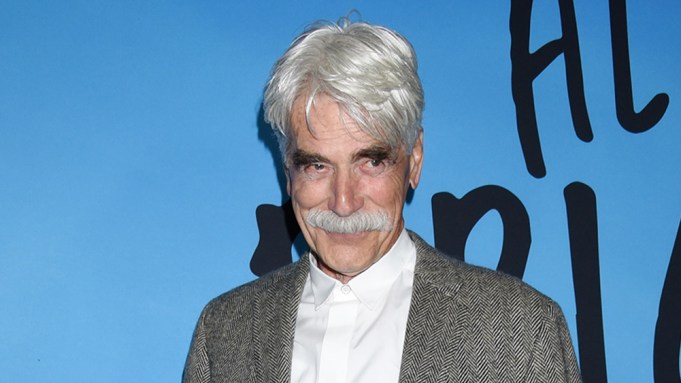 Sam Elliott lends his voice to the Joe Biden campaign, narrating a new advertisement for the former vice president’s 2020 presidential run. A new Biden ad, titled Go From There, premiered on Tuesday during the first game of the Major League Baseball World Series.

Over a simple piano rendition of the “Star Spangled Banner” the A Star is Born and Road House actor tells viewers that there is only one America.

“No Democratic rivers, no Republican mountains, just this great land and all that’s possible on it with a fresh start,” the actor says over golden shots of the American landscape and various citizens. “Cures we can find, futures we can shape, work to reward, dignity to protect.”

The add goes on to feature videos of Biden meeting with various members of the general public, from young men to veterans.

“There is so much we can do if we choose to take on problems and not each other, and choose a president who brings out our best,” Elliott continues. “Joe Biden doesn’t need everyone in this country to always agree, just to agree that we all love this country and go from there.”

The video concludes with a shot of Biden and running mate Senator Kamala Harris, both wearing face coverings, walking slowly with the sunset outlining their figures.

Elliott joins a number of Hollywood actors and actresses who have been featured in videos and campaign events for the former VP’s presidential bid. A number of South Asian talent including Mindy Kaling and Kumail Nanjiani came together for an official South Asian Block Party for the Biden campaign and Samuel L. Jackson urged Black voters to cast their votes for the former Delaware senator.