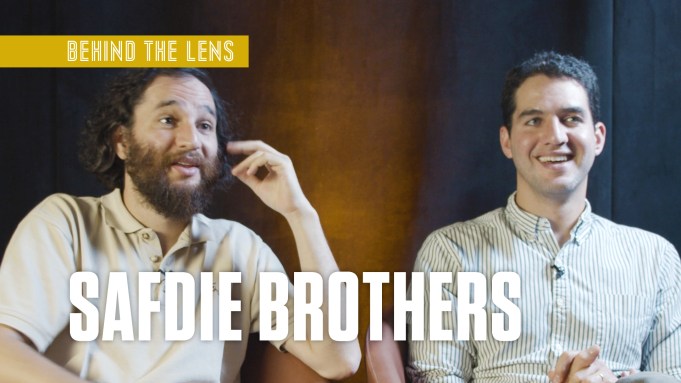 Move over Coen Bros , here come the Safdie Bros.  Actually the familial filmmaking team of Josh Safdie and Benny Safdie has been around a while , earning major praise from the indie community for such films as Daddy Longlegs,  Heaven Knows What, Good TIme , along with several documentaries and video shorts in a career that began near the start of this century. Now they are winning their widest notice , and highest acclaim yet,  for their latest film Uncut Gems starring Adam Sandler as a New York Diamond district merchant and addicted gambler who is getting in over his head.  It is a high wire act not only for the character , but also the filmmakers who ratchet up the pace and style of this movie to new levels, and get matched by Sandler delivering his finest performance yet, a remarkable turn that has to be seen to be believed.  The film has already notched three Gotham nominations for Best Feature , Sandler for Actor, and Julia Fox for breakout performance. It should be the beginning of many more accolades this awards season for this uniquely Safdie movie. The brothers recently visted our Deadline Studio for today’s edition of my video series, Behind The Lens.  The Safdies tell me they put so much into their movies that they will never survive whatever the latest one they are making is.  With Uncut Gems they say they went for broke with a movie about a flawed character on the outside who has beauty on the inside.  It took them ten years to get it made , and they describe why it took so long to get right, and why now is the right time. They also talk alot about the influence of Robert Altman on their career and films in so many ways.  To watch just click on the link above.