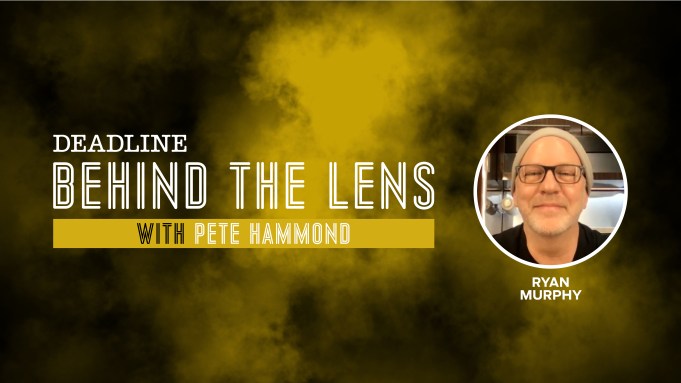 Ryan Murphy takes us Behind the Lens of his first big movie musical The Prom in today’s edition of my weekly Deadline video series, which focuses on filmmakers and their careers. Murphy of course is not only a director and writer but also one of Hollywood’s most prolific producers who always seems to have several productions going at once.

In fact, when I talked to him over the holidays he was juggling five different television shows in one stage or another, with the added challenge of making them under strict safety protocols dictated by the coronavirus pandemic: He talks about how, in order to finish the last few days of shooting on The Prom after it had been shut down for months, he and Netflix in coordination with health officials actually created the template for proceeding with filming during the pandemic. (At the time of the interview, he personally just received his 90th (!) Covid test in order to keep working and keep his casts and crews going too.

The list of Murphy projects is long including American Horror Story and American Crime Story anthology series, Glee, 9-1-1, Ratched, The Politician, Pose, Nip/Tuck, limited series like Hollywood, movies like The Boys in the Band and The Normal Heart, and on and on. The Prom is one of Netflix’s hot awards prospects this year at the Golden Globes and Oscars, and Murphy is no stranger to the gold rush having won several prizes over the years including six Emmys in multiple categories as a producer, director and writer. He laughs and says he basically is known for “musicals and horror things,” though his varied filmography reveals a collection of credits that go far beyond those genres.

Click the video above and watch our conversation as we discuss his getting The Prom on screen in record time after only first seeing the show on Broadway in January 2019; why the timing was right to bring this out now in very dark times; what Meryl Streep and Nicole Kidman told him about their emotional states when he called to see if they would like to spend some time singing and dancing on screen for him (“I’m tired of crying. I want some joy,” Streep told him); how he re-created Broadway in downtown Los Angeles, when shooting in NYC for the amount of time needed would be impossible — and so much more. Enjoy.