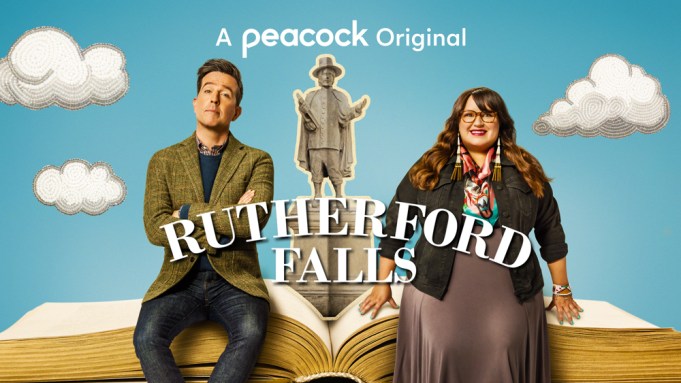 The comedy centers around two lifelong best friends, Nathan Rutherford, played by Helms, and Reagan Wells (Jana Schmieding), who find themselves at a crossroads – quite literally – when their sleepy town gets an unexpected wakeup call. Michael Greyeyes (I Know This Much Is True), Jesse Leigh (Heathers) and Dustin Milligan (Schitt’s Creek) also star.