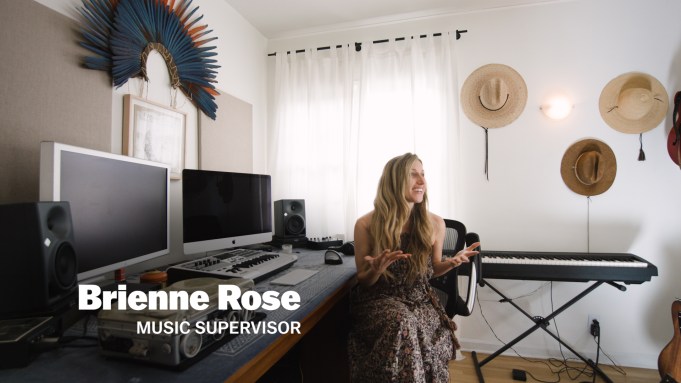 Netflix’s Russian Doll revolves around the lead character, Nadia (played Natasha Lyonne), trying to figure out why she is dying over and over. Each time she kicks the bucket, she reboots in the same place, with Harry Nilsson’s “Gotta Get Up” playing in the background.

Binge-watchers of the series co-created by Lyonne, Leslye Headland Amy Poehler will certainly have that tune in their head, and you can thank the series’ music supervisor Brienne Rose for that.

“My favorite projects are really when you get to dive into the themes, and you get to tell the stories partially through the music,” Rose says on the latest episode of Deadline’s Production Value video series. “That’s so fun for me when it’s like, ‘OK we don’t want to say something overtly, but let’s say it subtly through the music.’ ”

Rose, who says she was always the one making mixtapes for friends and telling them about the newest bands, says she’s learned it is important in her role to establish a common language with a show’s creators.

That usually means creating a first playlist of 25-30 songs — the “really important pieces — really helping us explain different themes,” she says. Eventually, she’ll pull anywhere from 300-500 songs and, after dealing with clearances and licensing, categorize them by what’s needed for the show — some for “dark, synth-y” themes, some to tell the love story, and on and on.

In the case of “Gotta Get Up,” on and on can take a while.

“The first initial real hurdle was to trying to figure out the Harry Nilsson component,” says Rose, whose credits also include Starz’s Vida and TBS’ Search Party. “We didn’t know exactly how many times we were going to license it, and it’s really hard to go to an estate and say we’d like to use your song but we don’t know exactly how many times — and you’ve never seen the show.

“You can’t convey, ‘We promise it’s gonna be a great show.’ You just have to hope they’re on board with it.”