Continue to Deadline SKIP AD
You will be redirected back to your article in seconds
Skip to main content
January 25, 2021 6:23pm 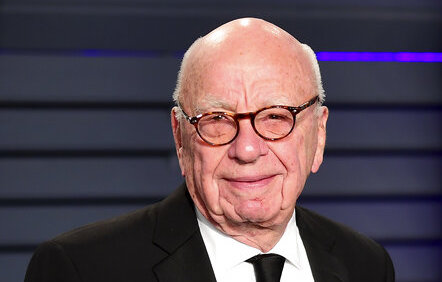 Rupert Murdoch has a message for Big Tech and that youngster Joe Biden: he’s ready to rumble.

“A lifetime achievement award does have an air of finality, almost of closure,” the sly 89-year-old Fox News boss said this weekend while accepting the Australia Day Foundation’s honor. “Well, I’m far from done,” Murdoch declared in a distinctly low-fi video from his UK home in Oxfordshire.

That’s putting it mildly, as you can see in the video above. Warning the next generation of Aussies never to be “self-satisfied or smug,” the media mogul went on to leap headlong into the latest culture wars.

“For those of us in media, there’s a real challenge to confront: a wave of censorship that seeks to silence conversation, to stifle debate, and ultimately stop individuals and societies from realizing their potential,” Murdoch said not so gently.

The phrases from this weekend’s video were prophetic of language utilized by GOP Sen. Josh Hawley on Monday in an op-ed headlined “Muzzling Of America” that appeared n the Murdoch-owned New York Post.

Murdoch never mentioned Donald Trump, a protégé, by name during his remarks. However, with the former POTUS’ Twitter, Facebook and YouTube privileges revoked for now, Murdoch hoisted a flag that seemed awfully MAGA.

“This rigidly enforced conformity, aided and abetted by so-called social media, is a straitjacket on sensibility,” said Murdoch, the patriarch of a family that is Disney’s second-largest shareholder. “Too many people have fought too hard in too many places for freedom of speech to be suppressed by this awful woke orthodoxy.”

Almost five years after going silent himself on Twitter, Murdoch is more than aware that freedom of speech is not actually something private companies like the social media giants or his own News Corp and Fox Corporation must guarantee. He is also aware that the Australian government and Google are in a steamy showdown over a potential new law requiring the company to pay publishers for their content and links that appear in searches. Even with Google threatening to leave Australia over the proposed legislation, the law would be of benefit undoubtedly to the Murdoch-owned national paper The Australian and the plethora of regional and local outlets under his control.

Perhaps that is where he was coming from in his comment about being “frustrated by my seeming inability to make the most of a moment.”