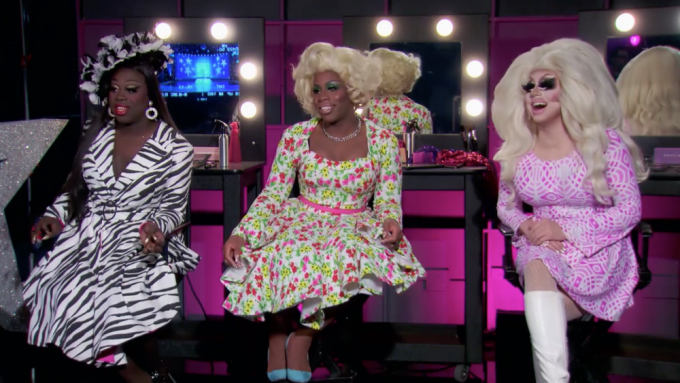 Ahead of its premiere tonight, RuPaul’s Secret Celebrity Drag Race has released the opening scene to give you a taste of what’s to come — but if you’re expecting to see which celebs that are getting drag makeovers, think again. However, they do drop plenty of hints.

Other “Queen Supremes” who will appear in the event series include Alyssa Edwards, Asia O’Hara, Kim Chi, Monique Heart, Nina West, Trinity the Tuck and Vanessa Vanjie Mateo. The celebrities will compete in fan-favorite challenges from previous seasons to win prize money for the charity of their choice. At the end of every episode, RuPaul will crown “America’s Next Celebrity Drag Race Superstar.”