Continue to Deadline SKIP AD
You will be redirected back to your article in seconds
Skip to main content
August 27, 2020 1:02pm
2Comments 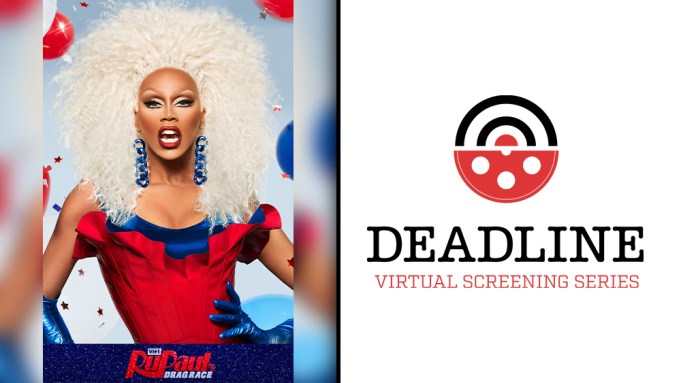 Four drag queens from season 12 of RuPaul’s Drag Race joined Deadline for a slay-worthy virtual screening of the first episode of the season titled “I’m That Bitch” — which was the perfect way for the queens to introduce themselves to the masses. Jackie Cox, Heidi N Closet, Widow Von’du and season 12 winner Jaida Essence hall served some sickening “lewks” and chatted with the audience during the episode and then stuck around after on running the Drag Race marathon and how it was like filming a virtual finale.

“It didn’t feel more real to me than walking through the workroom door,” said Jaida Essence Hall  in regards to how challenging the competition was. The reigning queen of Drag Race was part of the second part of the two-part intro of season 12.

Heidi N Closet added, “I’m a big fan of the show and I’ve seen a lot of the seasons. Here we are, walking in on the first day: write your own lyrics, two looks for the mini-challenge, practice a number and choreograph it with people you just met for the first time and then do it in front of a legend and you’re getting judged the whole time and you got to do another runway for the main runway — it’s like, ‘this is the kind of stuff they do towards the end of the season — y’all are asking for a lot, but OK let’s do it!'”

Jackie Cox shared the same sentiment and said that she couldn’t believe that they had to do so much in the first episode while Widow Von’Du was a bit overwhelmed about all the challenges that were put on their plate in episode one. She remembered thinking, “We got to do all this for the first episode? We have three runways? I was like, ‘Can a bitch get a nap?’”

The season finale of RuPaul’s Drag Race is normally a huge event at a big theater while hundreds watch the final three queens lip sync for the crown. However, with the pandemic, the series had to pivot to a virtual reunion show as well as a finale. For Jaida Essence Hall, she was really nervous as to what was going to happen with the big finale. She, along with fellow finalists Crystal Methyd and Gigi Goode, had plans but once the pandemic happened she saw plans for a traditional finale slowly start to change.

She realized that they were going to have to do something different and all the queens stepped their game up to deliver a sickening reunion special and finale. “Even though it was at home and recorded off of our computers and great technology, I thought it was important to give [the audience] the finale they deserved,” she said.

Watch the conversation with the queens above.