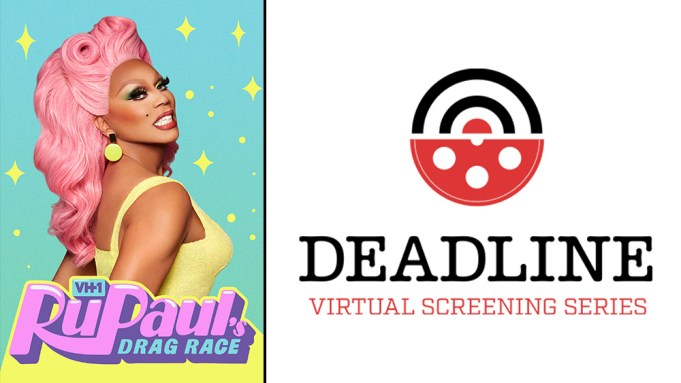 From the moment they met at New York’s Copacabana in the 80s, RuPaul and Michelle Visage have shared an instant connection that that helped them launch RuPaul’s Drag Race into global fame.

“Instantly, I knew we had chemistry together – it was so easy to talk to you,” the Emmy-nominated host and executive producer told Visage. “I knew that we compliment each other.”

Deadline’s Virtual Screening Series assembled the long-time friends and RuPaul’s Drag Race personalities on Monday for a conversation about the undeniable rise of the VH1 competition series (which is nominated for 11 Primetime Emmys), queer art and culture and more.

Visage has been a long-time host for the drag queen competition series, with her snarky remarks and interactions with contestants often making for some of the franchise’s most meme-able and memorable moments. However, a contract with a Florida radio station delayed her arrival to world of Drag Race, she recalled. When she eventually joined the series for Season 3, back in its early days on Logo, she had to do her own make-up, hair and was responsible for her wardrobe.

“It was a poop show in the dressing room,” she remembered and quipped. “It was a baby production, it was all brand new.”

With subsequent seasons, RuPaul’s Drag Race overcame its growing pains to become a rising platform for veteran and new LGBTQ+ talent looking for exposure, growing more diverse in its showing of the drag scene with each installment. Queens continued to evolve and so did the series’ viewership, Visage added. She said that over the years, audiences have become more inclusive of other members of the LGBTQ+ community, allies and more. She specifically noted that the mainstream popularity of Drag Race allowed it to become a “lifeline for a lot of people,” including parents who saw the show as a way to better understand and accept their queer kids.

“[RuPaul’s Drag Race] is a show about people who have made the decision for themselves to follow their heart, to follow their dreams regardless of what anyone says,” RuPaul said. “We all want some of that courage.”

To site a musical number from Season 13, “Drag is all over the world/ It’s a phenomenon.” Since its debut in 2008, the World of Wonder-produced series has branched out to the world – with offshoots in Canada, Spain, the United Kingdom and now, the Philippines. RuPaul’s Drag Race has also been recognized on an institutional level, winning 49 Primetime Emmy Awards over the course of its run and being recognized by organizations including GLAAD.

For the series’ namesake, the global fame and extended amount of air-time was never expected, especially given the ebb-and-flows of the entertainment world.

“I’ve been in show-business for a long time and if you could show up at a job a second time, a third time – I think great. I know how fragile and how fickle the public are and how things just don’t last,” RuPaul said. “You’re lucky if you could get one year out of something, two years – but here we are 13 years in and it’s been great.”

“We do this because we love it,” he continued.

RuPaul and Visage also discussed filming Season 13 during the Covid-19 pandemic, the key is to landing a spot  in the drag competition and more. RuPaul’s Drag Race has been renewed for Season 14 and airs on VH1.

Watch the full conversation above.