Continue to Deadline SKIP AD
You will be redirected back to your article in seconds
Skip to main content
November 16, 2018 3:07pm 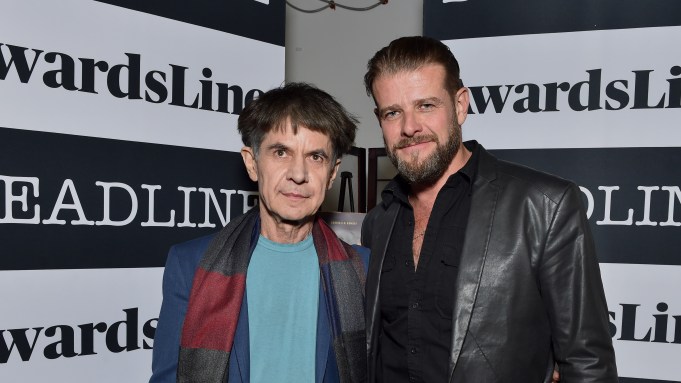 “Good evening, ladies and gentlemen,” writer/director Milorad Krstić said, greeting an audience last night, following a screening of his first full-length animated film. “I do hope the movie wasn’t boring.” To be sure, it wasn’t. For the entirety of the evening’s panel on Ruben Brandt, Collector—his Hungarian Oscar entry in the category of Best Animated Feature—this suggestion of candor and self-effacing humor proved defining, to the Landmark audience’s delight.

Chock-full of ideas and visual references to the defining voices of his two favorite worlds—fine art and 20th century cinema—the film is its own stylistic entity, a product of Krstić’s multidisciplinary background in painting, drawing, sculpting and more, which fuses the conventions of the psychological drama, the action-thriller, and classic film noir. It follow Ruben Brandt (voiced by panelist Iván Kamarás), a man who makes his way through a variety of premiere museums and galleries, enlisting the help of a band of criminals to steal some of the most prized pieces of art in the world.

Describing his educational and entertaining “action psychothriller,” the director is very clear about one point, when it comes to his film’s central character, a psychotherapist who is driven to desperate ends. “He’s not robbing museums because of the value of the paintings; he didn’t want the money. No,” Krstić explained. “He’s forced because of his nightmares to rob the most famous museums and galleries all over the world.” With his opening statement last night, inquiring about the audience’s experience of his work, Krstić wasn’t totally kidding, it turned out. Viewing the feature in some sense as a tapestry of his dreams—of those hundreds of artists and artistic works that have consumed him over the years—he knew he’d need to frame his vision in such a way that viewers would remain engaged.  “I said, ‘If I’m talking about fine art, about the paintings I like, it could be boring, for one and a half hours,'” he recalled. By infusing high art with a commercial sensibility, he was able to hit the mark, creating “[his] own reality.”

On the heels of a 2000 short film which the director had designed, star Kamarás found it all too easy to sign on to Ruben Brandt, Collector, appreciating the degree of ambition and the specificity of vision at hand. “Its mission is spreading around fine and high standards of arts dressed in a popular-culture coat, which is beautiful,” the actor said. “It’s really a mission that gets to people, people who are not willing to go and see art and have no clue about all those homages.”

For more from our conversation about the Sony Pictures Classics release, take a look above.