Continue to Deadline SKIP AD
You will be redirected back to your article in seconds
Skip to main content
August 5, 2022 3:38pm 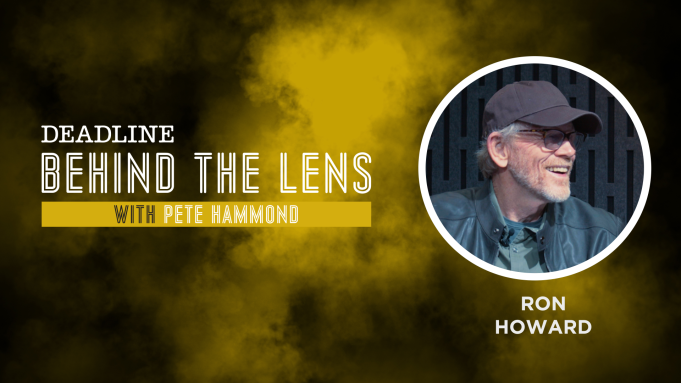 As a director Ron Howard is no stranger to big screen stories of true life heroes and risky undertakings. From Apollo 13 to Backdraft and countless other film and tv projects the Oscar and Emmy winning filmmaker is back with two unique new ventures, both dealing with real life disasters and the human spirit in horrendous situations that demonstrates compassion and courage, showing the best of us, not the worst.  Both certainly also have inspiring messages about the importance of volunteerism and concern for our fellow human beings in a Trumpian era that has divided people. Thirteen Lives which is a theatrical telling of the famous Thai Cave Rescue of 13 boys in 2018, and the documentary We Feed People which focuses on the Herculean efforts of chef Jose Andres to marshall forces and provide food and support in numerous tragic disasters, are both examples of shining a light on the everyday heroes among us.

Howard visits me for the latest episode of my Deadline video series, Behind The Lens in which we talk about how now is the right time for these two important films to hopefully help bring us together, rather than apart.  Thirteen Lives began a limited run in theatres last week and today starts streaming globally on Amazon’s Prime Video. We Feed People has been nominated for an Emmy as Outstanding Documentary or Non-Fiction Special and is running on Disney +.   Howard and I talk about all aspects of both, the challenges inherent in making them, why he is just as excited these days to be a Documentary filmmaker as he is on the narrative side of movies, what having both of these largely seen via streamers means to him in this day and age, plus so much more.

To watch our conversation as Ron Howard takes us ‘Behind The Lens’ just click on the link above.

Join me all Emmy season on Mondays and Fridays for more editions of Behind The Lens.