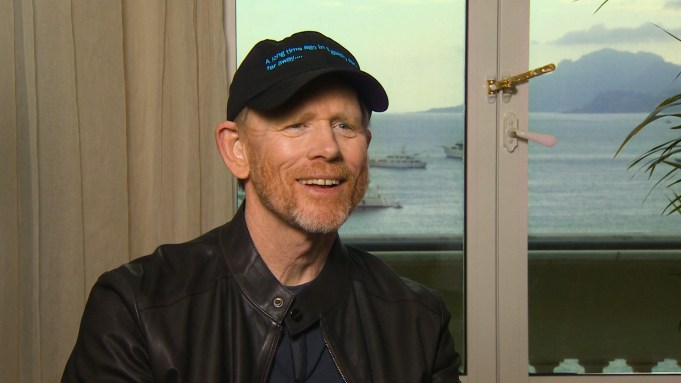 This week’s edition of my Deadline video series Behind The Lens goes on location to the French Riviera and the Cannes Film Festival, where I sat down a few days ago with Oscar-winning director Ron Howard for a wide-ranging discussion of the varied aspects of his career.

Howard was in Cannes for the splashy international premiere of his latest film Solo: A Star Wars Story, which opens in much of the world today. He talks candidly about the unexpected assignment when he was called in to replace original directors Christopher Miller and Phil Lord during shooting. Howard and I talk about the unique challenges this posed, why “prep time” may be overrated, and just what happened when George Lucas dropped by on the first day of his shoot.

We also talk about the latest installment of the National Geographic series Genius, with Antonio Banderas as Pablo Picasso. Howard earned three Emmy nominations last season — two of which came for his work on the first season of Genius. He also drops several hints about the new Netflix season of Arrested Development, a show on which he not only serves as executive producer but also as narrator. Howard also takes us back to his early days in transitioning from child actor to becoming one of Hollywood’s top directors.

Check out our conversation above. For past episodes of Behind the Lens, click here.