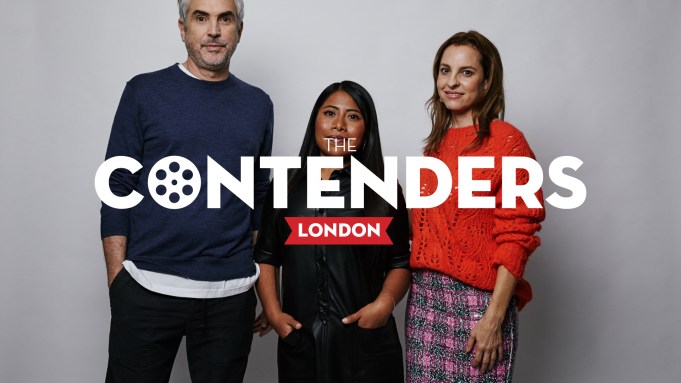 Oscar-winning director Alfonso Cuarón has always managed to balance the intimate and the epic with his work. It has been finely showcased in his acclaimed films Gravity, Children of Men, and Y tu mamá también. His latest film Roma, which has been making waves this awards season, would appear to be a shift of gears for the director, as it tells a deeply personal story of his childhood, but it is set against no less of an epic scale that the political backdrop of 1970s Mexico.

During his panel at The Contenders London recently, Cuaron was joined onstage by actors Yalitza Aparicio and Marina de Tavira to talk about Roma and how it represents the Mexican narrative.

“It was about exploring wounds — both personal and social wounds,” said Cuarón of Roma. “Some of the events that are shown in the film are part of collective wounds that we share as Mexicans.”

He points out that poverty is one particular open wound in Mexico that is bleeding all the time, and Roma dives into “the perverse relationship that exists between class and race.” However, he didn’t want to make politics the epicenter of the film. He points out that politics are “just part of a mosaic that life is.”

De Tavira, a well-known actress in Mexico making her stateside debut, plays a fictionalized version of Cuarón’s mother. When it came to working with the director, she said, “He gave us a really beautiful gift as actors. We did the film in absolute continuity.” Day by day, they learned about what was going to happen to the characters and what they were going through.

Making her acting debut, Aparicio plays a character based on the real-life Libo, who helped raise Cuarón when he was a child. She got word of the casting for the movie through her sister; her family was skeptical because a casting call wasn’t common in Oaxaca, and they thought it might have been something related to human trafficking.

“They only gave out the information from the production company — but definitely [didn’t] reveal the name of the director,” said Aparicio. “It was something very out of the ordinary for us.”