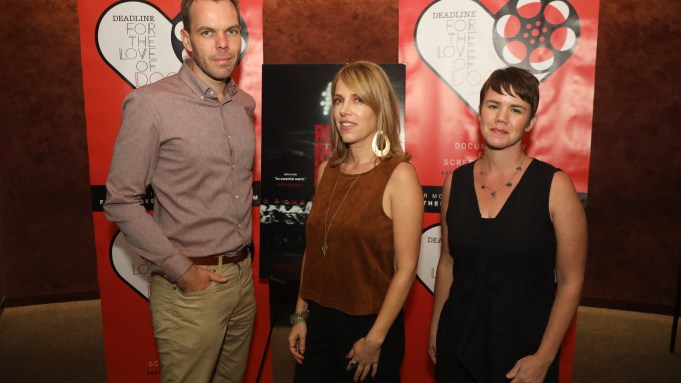 Nancy Schwartzman’s 2018 documentary Roll Red Roll is an important and relevant exploration of toxic mind-sets when it comes to sexual violence perpetrated by those in privileged positions. In the case of the film, the subject are a group of high school football players in a small Ohio town.

The incident at the center of Red Red Roll took place on August 2012 after a preseason football party in Steubenville, Ohio. A teenage girl, who was admittedly intoxicated, was sexually assaulted multiple times by members of the Steubenville High School football team. It’s sadly a familiar account of a girl who gets drunk at a party and a group of boys who take advantage of her inebriated status.

But was made this case stand out, and ultimately drew national attention, was the disturbing social media documentation discovered by crime blogger Alex Goddard, who reposted the cruel comments on her site. The post went viral as readers parsed through comments and audio footage. “She is so raped right now,” were the words that came out of one teenage boy’s mouth, summing up the shocking attitudes of the perpetrators involved.

Equally as egregious was the collusion of teen bystanders, teachers, parents and coaches to protect the assailants and discredit the victim.

“This film, coming out when it did, I think people were just really ready to not just take in a film about sexual assault but actually start looking at the behavior,” said Schwartzman after a screening at Deadline’s For the Love of Docs series.

Schwartzman was first made aware of the case when it hit the national news after being spotlighted in the New York Times.”My first thought was, ‘OK what was different about this story?'” With the unique social media component of the case, Schwartzman and producer Steven Lake said they decided to tell the story from the boys’ point of view.

“What seemed really fascinating was the social media and really the ability to understand the boys and the people who planned the crime, helped spread it and helped spread it on social media, you could get a sense of who they were even from a distance,” Schwartzman said.

Rachel Dissell, an investigative journalist at the Cleveland Plain Dealer who was featured in the film, covered the case earlier on. No stranger to reporting on these types of cases, he recalled “the reactions surrounding the report that initially came out was what felt different… It’s the fact that people were in public talking about what happened. People were reacting to it and shaming the victim and the adults didn’t know how to react to it.”

Two football players were eventually tried and convicted for the assault. Both of the teens served time in juvenile detention and were classified as Tier II sex offenders.