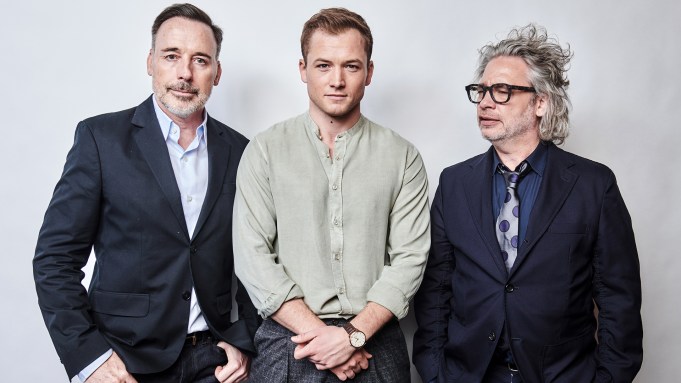 The Paramount movie, which has grossed $195.2 million at the worldwide box office, traces the life of the pop icon, but the duo stressed onstage last month at the DGA Theater that the plan from the very first draft of Lee Hall’s screenplay was not to take the usual route to tell the point-by-point story of a real-life figure — fitting given the unconventional greatness of their subject matter.

“By throwing all of that out, we kind of freed ourselves up from being locked into this narrative,” Fletcher said told Deadline’s Dominic Patten.  “I was really looking for emotional authenticity rather than chronological,” he added. That move for one allowed John’s songs to criss-cross timelines and provide greater context for his emotional evolution.

“That creative choice really helped move the film along,” Fletcher said. “I wanted to throw the rules out and see what we’ve got.”

Egerton, who said he became close friends with John in real life, was all-in with the storytelling approach, saying it gave them the freedom to create “our own sort of universe.”

“The mandate of our movie from the get-go was we were not going to try and replicate anything, we were not going to try and re-create anything exactly as it happened,” he said. “That goes for the costume, it goes for my depiction of Elton. It also goes for where we placed the songs in the story — we’re trying to use the songs to move the story forward and reveal things about the character.”