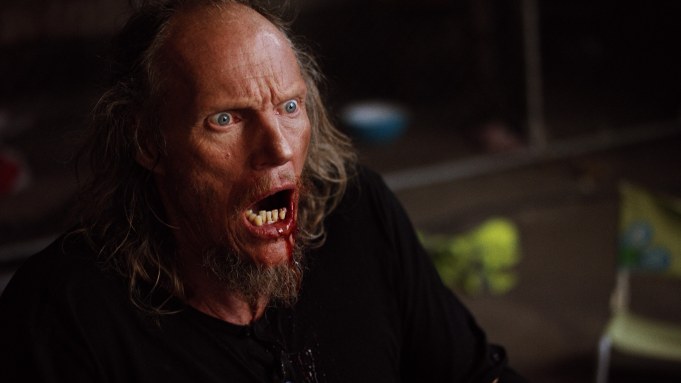 EXCLUSIVE: Here’s a zany debut trailer for horror movie Fried Barry, which Rock Salt Releasing, a label run by TriCoast, will be selling at this week’s Cannes virtual Marche.

The film has screened at South Africa’s RapidLion Film Festival, winning three awards, and had its U.S. debut at Cinequest Film Festival in March. It will also compete at this year’s 24th Fantasia International Film Festival in Montreal, Canada from August to September summer 2020.

Pic is based on the acclaimed 2017 short of the same name which screened at 59 zests and won 13 awards. It stars Gary Green in the lead role, alongside Sean Cameron, in the story of an alien assuming control of a deadbeat’s body and taking him on a joyride through Cape Town.

“Fried Barry is a first for South Africa cinema,” said director Kruger. “It combines elements of horror, comedy and sci-fi into a unique, hard-hitting narrative that’s destined for cult status.”