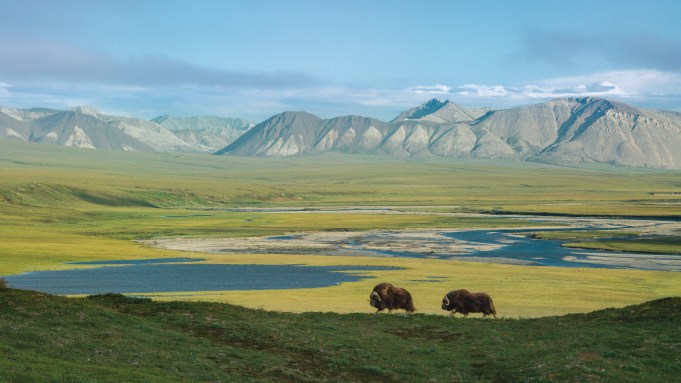 EXCLUSIVE: David Garrett Byars makes the case for protecting the United States’ natural landscapes against corporations in his latest film Public Trust. Check out the new trailer above, which comes as the documentary begins its journey tonight with sneak previews at drive-ins in states including Arizona, Colorado, Montana and North Carolina ahead of its national release September 25, which is timed around National Public Lands Day.

The documentary, from Patagonia Films and with Robert Redford and Patagonia founder Yvon Chouinard among the executive producers, zeros in on the fight between greed and natural preservation by highlighting three land-based conflicts in Utah, Minnesota and Alaska. The trailer juxtaposes the verdant forests of the Midwest and the cultural riches of Native American tribes against footage of machines mining for oil and representatives dismissing the importance of nature.

“It’s like the hair on your head. You pull one hair you’re not gonna miss it,” Alaska rRep. Don Young says of trees in a forest in an old news video.

The documentary will see Utah, Minnesota and Alaska natives face off against government officials and big corporations exploiting the untouched public lands for resources. From marches to protest the Trump administration’s rolling back of protections for national parks to individual efforts to engage community members, Public Trust shines a light on the locals, whistleblowers and activists pushing for change and taking a stand.

“There’s a lot of people waking up now,” activist Bernadette Demientieff says. “We’re taking a stand and we’re taking back our home. So, ready for the fight because we’re not gonna give up.”

The nature-focused documentary comes more than 100 years after Congress signed the Antiquities Act under President Theodore Roosevelt. The 1906 law was designed to help protect not only public natural landscapes nationwide but also preserve Native American lands.

“Imagine our country without our public lands — without protected parks and streams, wilderness and other wild places,” Chouinard says. “If the oil companies and this administration continue to choose rigs over your kids’ future, we will lose what’s left of our shared 640 million acres. Public Trust is a must-see for everyone who enjoys spending time in wild places.”