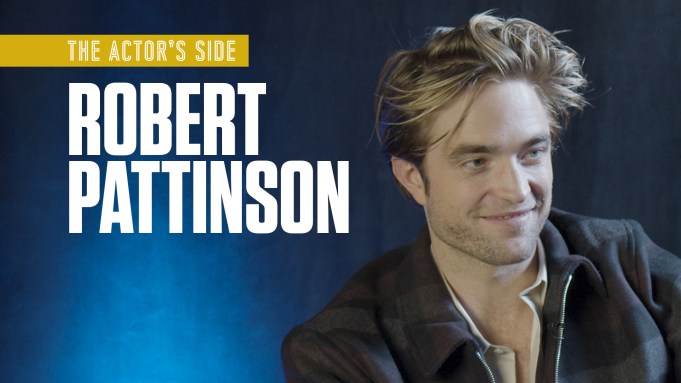 Robert Pattinson found incredible fame in the Twilight movies, and he is about to jump into another iconic franchise as he takes on the title role in The Batman. But as he explains in this week’s edition of my Deadline video series The Actor’s Side, it still is challenging independent cinema that seems to draw his interest these days. As he says, when you have an adventurous director trying something different, it is really a way of feeling safe that whatever new film you are doing is not going to be messed up.

The Lighthouse (trailer here), a black-and-white horror film about two lighthouse keepers on a remote island slowly going mad, is an example. Director Robert Eggers had wanted to find the perfect vehicle for Pattinson and finally did as a young, inexperienced laborer who gets a monthlong job working with a veteran lighthouse keeper (Willem Dafoe). Storms, seagulls and abject loneliness enter into the picture and cause a downward spiral.

Pattinson tells me why he balked at the idea of rehearsing, even though Dafoe and Eggers wanted some since both come from theater. Pattinson, sporting a healthy dose of not-unusual actor insecurity, feels if he doesn’t have to reveal the character in a rehearsal period, and instead saves it for the actual shoot, he has a much better chance of not getting fired. I don’t think he has to worry much about that as he has become a much in-demand actor for all sorts of projects, big and small. Nevertheless, he talks about why it’s always terrifying to think you might be permanently unemployed after the latest movie job is over.

He confesses in our interview to a certain type of paranoia as he talks about the challenges and rewards of his latest endeavor The Lighthouse — it is an enlightening conversation. Click on the video above to see our conversation.