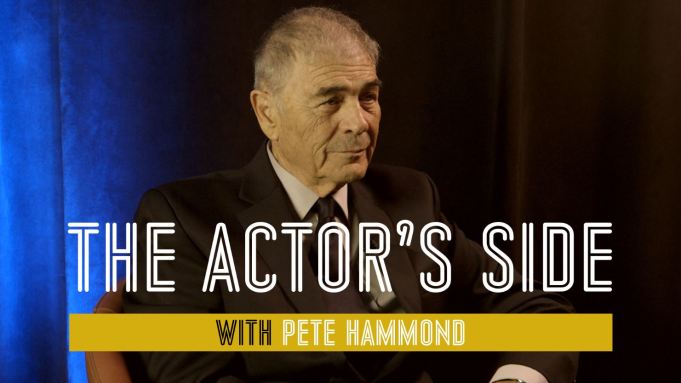 If ever there was a journeyman actor it is Robert Forster. In the latest edition of my Deadline video series The Actor’s Side, he describes in detail the numerous ups and even more numerous downs in a career that now spans a half century.

He also tells me his latest film What They Had, in which he plays a man in denial about his wife’s journey into dementia, is perhaps the greatest role he has ever been given. He offers thanks to first-time director and writer Elizabeth Chomko and points out why this enormously touching drama was something he sparked to immediately upon reading the script. If there is any justice, Forster will get his second Oscar nomination for Supporting Actor. He’s that good.

But we start by talking about his early days in the business and a first film role in which he co-starred with Elizabeth Taylor and Marlon Brando, and was directed by John Huston who he didn’t really know at all.  That was followed by key roles in acclaimed movies like Robert Mulligan’s The Stalking Moon with Gregory Peck and Eva Marie Saint, and the classic Medium Cool in which he starred for director Haskell Wexler. Soon came success in TV as well in series like Banyon and Nakia. But then he describes the descent his career took for well over 20 years, during which he was forced to take just about every role offered in order to feed his four kids.

That’s when Quentin Tarantino, master of career resuscitation, came along. The resulting Jackie Brown revived his career and earned Forster an Supporting Actor Oscar nomination for playing Max Cherry in the 1997 film. Things have been on the upswing ever since, whether appearing in movies, TV or on stage. It has been a remarkable career for Forster, who is also one of the genuine nice guys in the business.