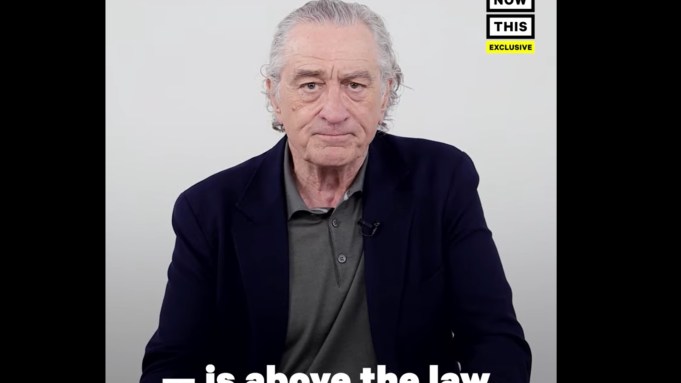 With his sternest, scariest, you-talkin’-to-me face that no one does quite like Robert De Niro, the actor delivers a punchline worthy of everything that’s come before in this star-packed, Rob Reiner-directed video outlining and summarizing the findings of the Mueller report.

Lamenting the fact that “virtually no one has read” the report, as Perez says, Reiner’s video gathers key points and draws conclusions, accusing Attorney General William Barr of lying about the contents of the Mueller Report while flatly stating that Trump colluded with Russia. The video builds in intensity until, after urging viewers to read the report for themselves, various of the narrators say and repeat the phrase “no one” before De Niro lands the final blow with “is above the law.”