'Supernatural' Prequel 'The Winchesters' In Works At the CW From Jensen & Danneel Ackles
Read the full story
January 11, 2019 10:40am
1Comments 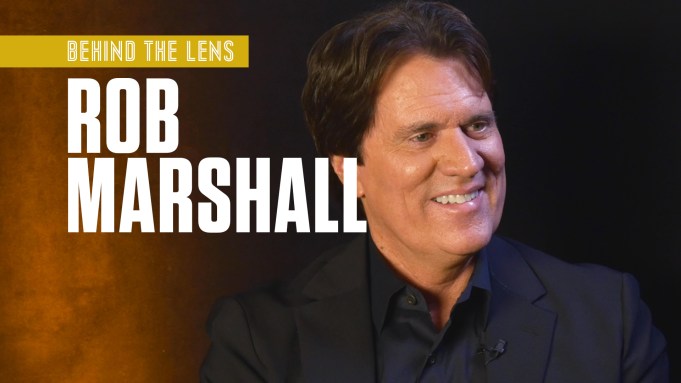 From his beginnings working in the theater to perhaps becoming (along with Bill Condon and Marc Platt) the leading force behind the resurgence of musical movies, Rob Marshall is riding high with his latest, Mary Poppins Returns.

In a career that includes dramatic Oscar-winning movies like Memoirs of a Geisha and blockbusters like Pirates of the Caribbean: On Stranger Tides, he’s best known for a string of high-profile film musicals including Into the Woods, Nine and the Academy Award-winning 2002 Best Picture Chicago, for which he took the DGA Award and a directing Oscar nomination. It remains the last musical to win the Oscar Best Picture. In fact, Marshall visited our Deadline studios for the latest edition of my video series Behind the Lens and told me a story about the first musical he helmed — the TV version of Annie for ABC — that many feel (like I do) topped the original theatrical version for sheer joy and verve. Marshall says it was so new for him he couldn’t even bring himself to say the word “action!”

Most of our talk centers around the daunting task of bringing back Disney’s crown jewel Mary Poppins for the sequel Mary Poppins Returns, the first attempt to follow the Oscar-winning classic, now 54 years later. He talks about that film as the first movie he ever saw, and feeling he had to “protect” it with this one. He also discusses the reasons behind the decision to place the story 24 years later during the Depression, and why it is ultimately a movie about loss, followed by renewal and hope. “Films can heal,” he says about why Mary Poppins Returns might be an antidote to these dark times.

He also discusses why Emily Blunt was his first and only choice for the title role, his working relationship with Disney (this is their third film together), and how his theater experience informed his filmmaking technique. To watch our conversation, click on the video above.

To see past episodes of Behind the Lens, click here.