Continue to Deadline SKIP AD
You will be redirected back to your article in seconds
Skip to main content
June 3, 2021 6:01am
2Comments 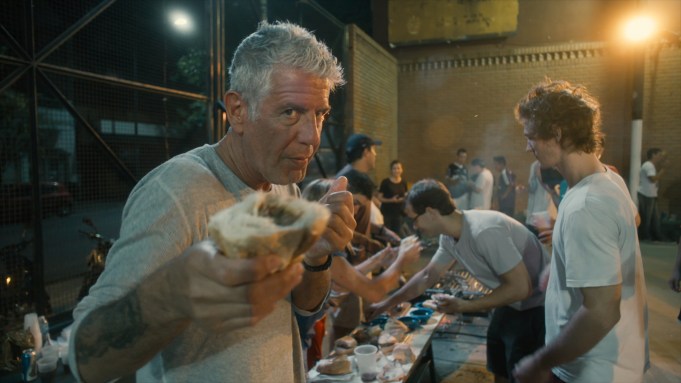 Here’s the first trailer for Roadrunner: A Film About Anthony Bourdain, Morgan Neville’s feature doc about the late chef and TV personality. Focus Features is releasing on July 16.

The pic will look at how Bourdain went from pro chef to establish himself as a world-renowned food writer, with his 2000 book Kitchen Confidential lifting the lid on the inside track of the restaurant biz. Off the back of the book’s success, he began fronting food-oriented travel docs, beginning with A Cook’s Tour on the Food Network, followed by multiple series with the likes of the Travel Channel and CNN.

Bourdain died by suicide in 2018 while filming for an episode of his CNN show Parts Unknown. As per the trailer, the doc will also explore some of the challenges that Bourdain grappled with throughout his life on the road.