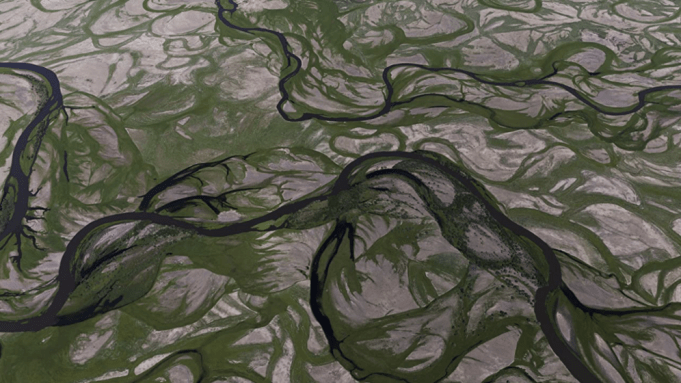 EXCLUSIVE: A River Runs Through It, Ol’ Man River, Down to the River to Pray, Take Me to the River, Mystic River—a few of the countless films and songs with the word “river” in the title. The prevalence of the word in works of art attests to the mystical hold of rivers on the imagination.

Yet what humans are doing to these precious, organic bodies of water suggests a lack of respect for them that may come back to haunt us. That is the pressing message of the documentary River, directed by Australian filmmaker Jennifer Peedom, which just premiered at the Telluride Film Festival.

“We have now reached a point where there are very few rivers on the planet that are undrained or diverted or dammed in some way,” Peedom tells Deadline. “When we dam our rivers, when we divert them, we stop them doing what they were designed to do, which is to spread nutrients and sediment to our valleys to enable us to grow our food and all of these kinds of things… Yes, there’s tremendous power in damming rivers, or literal power—electricity—but there are a lot of unintended consequences from that and we may well be shooting ourselves in the foot.”

River is the second in an intended trilogy of films from Peedom, following 2017’s Mountain, which took viewers to the highest peaks across the globe.

“What this trilogy is about,” Peedom explains, “is exploring the relationship between landscape and the human heart.”

River is described as “an orchestral concert film,” much like Mountain. In both cases, Peedom worked closely with The Australian Chamber Orchestra [ACO] to create an aural and visual experience that can play in cinemas with the recorded score, or as an event with live orchestration. The ACO will be going on tour with River to perform the score live at dates across Australia, including Brisbane, Canberra, Melbourne, Newcastle and Sydney.

“Music was a really big part of the story,” Peedom says. “We spent a lot more time, let me tell you, talking about music and working on music than we would in any other film that I’ve worked on before. And necessarily so.”

As Peedom and co-director/co-writer Joseph Nizeta remark in a director’s statement, “The extraordinary score takes us on a journey from Bach, to Johnny Greenwood and Radiohead, featuring original composition by Richard Tognetti and Indigenous musician William Barton.”

In the exclusive clip above, the music in question is Bach’s Chaconne, a violin solo that is part of the 18th century German composer’s Partita No. in D Minor. Tognetti’s arrangement drew on a transcription “written for a full symphony orchestra by 20th century conductor Leopold Stokowski.” The accompanying breathtaking visuals were captured by a drone camera.

“Richard has made this very bespoke arrangement of that piece of music. It’s an incredible piece of work and it’s never been heard in that form before,” Peedom comments. “It was specifically inspired by that sequence of images… So that’s a really great example of where it becomes a real collaboration between artists and it’s not just the director calling all of the shots.”

Another key collaborator on River is narrator Willem Dafoe, who also narrated Mountain.

“His voice is really like an instrument,” the director notes, adding that she and Dafoe were on separate continents when they recorded the voiceover. “He was shooting a movie… I’m on Zoom and talking to him. I don’t know that we would have done it that way if Willem and I had never met before. But we’ve met a number of times now and have a great friendship having worked on Mountain together, which we did do in person.”

In the clip above, you will hear Dafoe’s voice, along with the special arrangement of Bach’s Chaconne.

It’s not a film of talking heads, but of rushing bodies of water, or rivers artificially stilled by dams. The Los Angeles River, once free, but now hemmed in by cement, is but one example.

“The L.A. River kept flooding and it meant that you couldn’t build houses in certain places and it was a pest, basically. It was tempestuous. It didn’t do what it was supposed to do, so it was put in a concrete corset and just told, ‘Behave yourself,’ if you like,” Peedom says. “But there is a cost to that and it was that story over and over again… The river just has this will to go a particular way. They really do make for interesting characters and this kind of struggle between humans and rivers—because the river’s like a willful toddler, it wants to do what it wants to do, and yet we’re telling it not to. We’re telling it, ‘No, no, no, you need to behave, you need to behave in a certain way.’”