Continue to Deadline SKIP AD
You will be redirected back to your article in seconds
Skip to main content
April 15, 2021 5:07pm 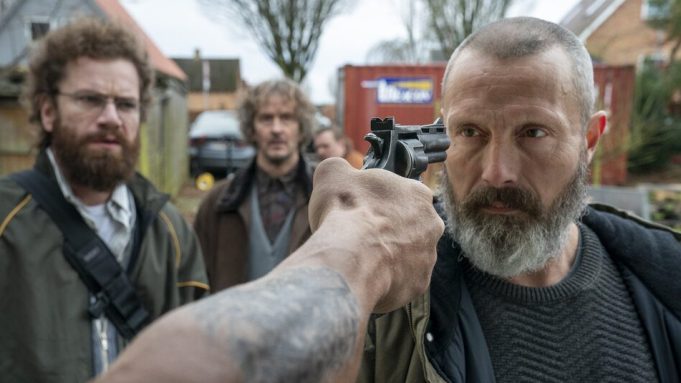 On Thursday, Magnet Releasing released the trailer for Riders of Justice, an action drama written and directed by Anders Thomas Jensen.

The Danish-language film centers on Markus (Mads Mikkelsen), a soldier recently deployed to Afghanistan who is forced to return home to take care of his teenage daughter, following his wife’s death in a tragic train accident. When a survivor of the wrecked train surfaces, claiming foul play, Markus starts to suspect that his wife was murdered, and sets out to find those responsible, so that he can reap his revenge.

The feature is the second of 2021 for Mikkelsen, who also appeared in Doug Liman’s Chaos Walking, opposite Tom Holland, Daisy Ridley and Demián Bichir. Recently, he drew rave reviews for his turn in Thomas Vinterberg’s drama Another Round, which is nominated for two Academy Awards, including Best Achievement in Directing and Best International Feature Film.

And just hours ago, Deadline broke the news that Mikkelsen would star opposite Harrison Ford and Phoebe Waller-Bridge in the James Mangold-directed Indiana Jones 5.

Produced by Sisse Graum Jørgensen and Sidsel Hybschmann, Riders of Justice will be released in theaters in L.A. and New York on May 14. It will be available in theaters everywhere and On Demand on May 21.

Check out the trailer for the pic above.