Continue to Deadline SKIP AD
You will be redirected back to your article in seconds
Skip to main content
October 6, 2020 1:39am 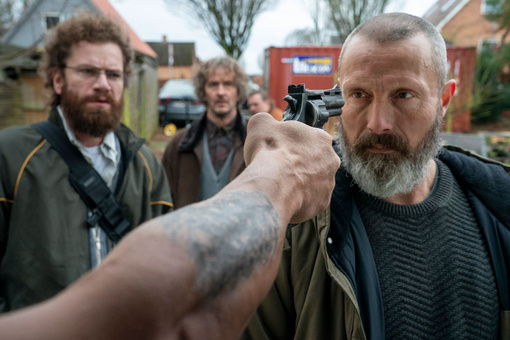 Here you can see footage of Mads Mikkelsen back in his native Denmark for Anders Thomas Jensen’s comedy Riders Of Justice. He stars as a military man who returns home to his teenage daughter when his wife dies in a tragic train accident. When he meets another passenger from the wrecked train, he concludes that it must have been an assassination, which he wife was an unwitting part of, and vows to take revenge.

TrustNordisk handles sales on the pic and its local release is scheduled for December 2020.

Producers on the movie are Sisse Graum Jørgensen and Sidsel Hybschmann for Zentropa Entertainments. Co-producers are Film i Väst and Zentropa Sweden with support from the Danish Film Institute’s Market Scheme, FilmFyn, Nordisk Film & TV Fond and MEDIA, in collaboration with YouSee, TV 2 DENMARK, YLE and SVT.

Mikkelsen and director Jensen have previously collaborated on films including Men & Chicken.