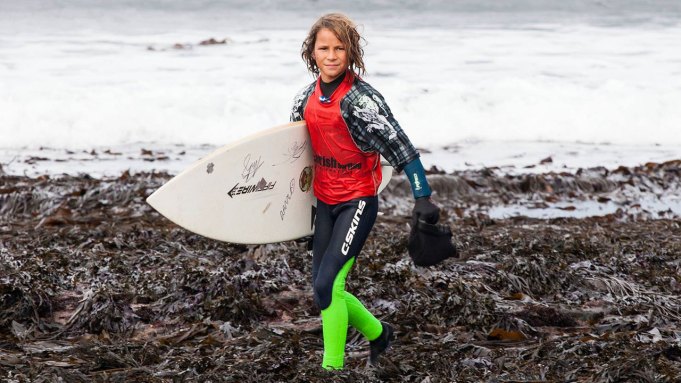 EXCLUSIVE: Here’s a first trailer for Ride The Wave, Martyn Robertson’s feature documentary that has its international premiere at the London Film Festival on October 16.

The pic debuted at Ireland’s Galway Film Fleadh earlier this year. It follows 14-year-old Scottish surfer Ben Larg wants to conquer one of the most dangerous cold water waves in the world at Mullaghmore, Ireland. If he succeeds, he will become the youngest surfer ever to do so. Danger, opportunity, and parental dilemma collide propelling Ben and his family towards an unknown destiny.

“My hope is that the film will have resonance not only with the niche market of the global surfing community, but will also speak to parents, and in a variety of different ways. The path and choices that this family have made will spark mixed responses and this in turn will generate interest in the film and the complex themes it touches on of parenting and growing up,” said director Robertson in a statement.