Continue to Deadline SKIP AD
You will be redirected back to your article in seconds
Skip to main content
April 24, 2019 1:45pm
3Comments 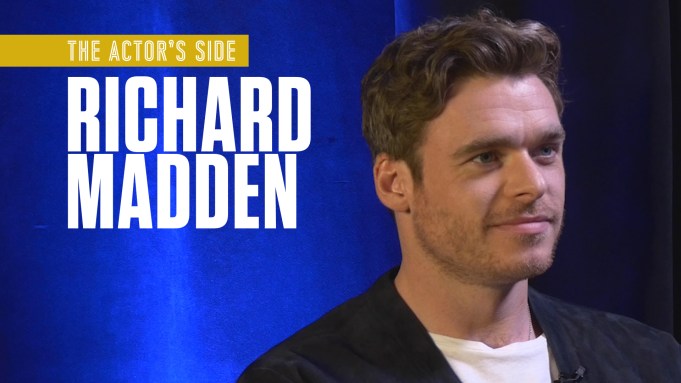 Richard Madden may only be 32 but he is already a show business veteran having appeared since childhood in a number of stage roles, TV series and movies. Until this year though he was best known as Robb Stark on Game of Thrones, the HBO phenomenon in which he appeared from 2011-2013. Around the same time he made waves in Disney’s live-action Cinderella, and as Romeo in Cinderella director Kenneth Branagh’s stage and TV presentation of Romeo and Juliet.

Right now, Madden is really on a hot streak as David Budd in the BBC/Netflix series Bodyguard, about the royalty and specialist protection branch of the London Metropolitan Police Service. The actor found himself in yet another instant TV sensation when Bodyguard first debuted in his home country and scored massive ratings. The success has been replicated worldwide and earned Madden a Golden Globe this year as Best Actor in a Television Series – Drama.

As I discovered when he visited our Deadline studios for this week’s episode of my video series The Actor’s Side, Madden is now hoping he will be doing a second season of Bodyguard even though originally there were no plans for that. He also discusses how Bodyguard has affected his career, the intense shoot of the first scene in the first episode in which he confronted a female suicide bomber on a moving train, the shock of winning the Golden Globe, his death scene in Game of Thrones and how he couldn’t imagine still being on it.

He also discusses his new film Rocketman, the Elton John story in which he plays manager John Reid and which will be taking him to this year’s Cannes Film Festival where it has its world premiere May 16.

Click on the video above to watch our conversation. To see past episodes of The Actor’s Side, click here.