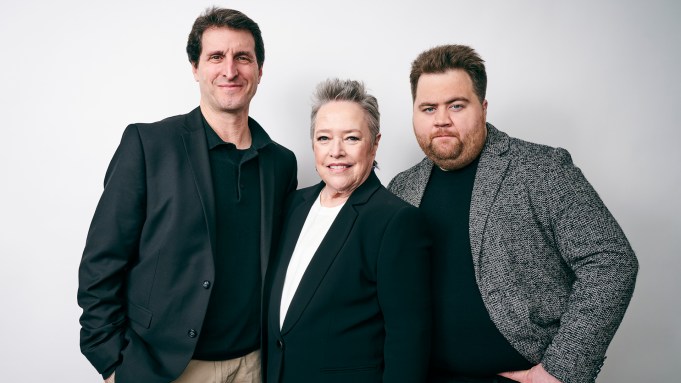 For Paul Walter Hauser, playing the title character in Clint Eastwood’s true-life drama Richard Jewell represented a rare opportunity. “I’ve never headlined a film before,” Hauser, known for his character work in I, Tonya and BlacKkKlansman, said at Deadline’s recent The Contenders New York event. “I’m usually the guy who comes in, does something scary and leaves.”

In the film, Hauser portrays Jewell, the security guard who discovered a pipe bomb planted in Centennial Olympic Park in Atlanta during the 1996 Summer Games. Jewell helped crowds to safety before the bomb exploded, only to soon find himself wrongly painted by law enforcement and the media as having plotted the attack himself. Hauser says he learned Eastwood had picked him for the role while shooting a film overseas.

“I get a call when I’m in Thailand at 3 AM from my rep saying, ‘Clint Eastwood wants you to star in his new movie,’ and I said, ‘You guys are hilarious. What, does Jesse Plemons have the measles? What the hell’s going on?’ ” Hauser recalled. “It was a total shock, but obviously we were all aggressively elated that this was a real thing.”

Jewell’s innocence was eventually affirmed by the FBI, but the stain on his reputation proved difficult to erase. He died in 2007. His mother Bobi, who defended her son from the get-go, is still alive and played in the film by Kathy Bates.

Bates and the film’s screenwriter Billy Ray joined Hauser onstage at the DGA Theater in front of a crowd of Academy and guild voters.

“We met for a few hours when I got to Atlanta and it was my birthday and she baked a poundcake [for me],” the Oscar-winning actress said. “Several times during our meeting she was brought to tears because even though it’s been 23 years it’s still, the experience, that 88 days that they endured really helpless, is still very fresh in her mind, and I just wanted to get it right for her.”

Bates added, “That’s all we wanted — to right the injustice. And now there’s going to be a plaque in Centennial Park with Richard’s name and what he accomplished, so that’s the biggest award we could possibly get.”