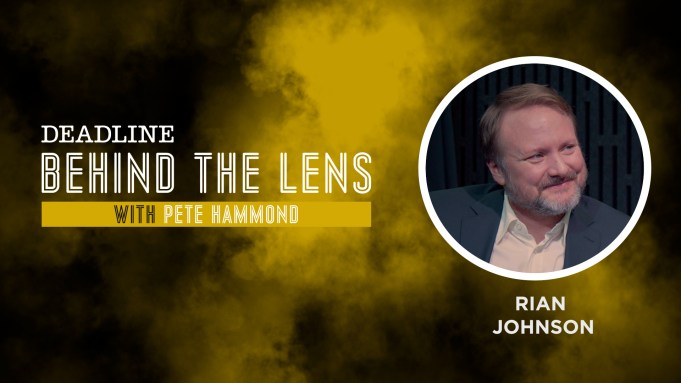 In a career where he is proving there isn’t a single movie genre he doesn’t have the ability to take to new levels, writer/director/producer Rian Johnson is riding a career high now with what is turning out to be not only a lucrative but also creatively acclaimed franchise with the Knives Out movies. The first in 2018 turned out to be one of the biggest hits of the year, and earned Johnson his first Oscar nomination for Original Screenplay. Bidding rights for the sequel soared and eventually Netflix beat out original distributor Lionsgate with a reported $450 million deal for two sequels. The first of those Glass Onion: A Knives Out Mystery was a huge success at its world premiere in Toronto earlier this year and now is getting the most unique release ever from a streamer in which the three major exhibition chains are all going to play the film (about 600 screens total) next week for a week before its late December debut on Netflix.

Johnson joins me on my Deadline video series, Behind The Lens this week to talk about this phenomenon, how long he would like to keep this franchise going, his partnership on it with star Daniel Craig, and how he was able to revive this genre. We also talk about his previous successes such as Brick, Looper, Star Wars VIII: The Last Jedi, and even those two classic episodes of Breaking Bad he directed. He also talks about how difficult it was to get started, and all those rejections from USC Cinema School before finally figuring out a way to get in. To listen to our conversation and go ‘behind the lens’ with Rian Johnson just click the link above.

Join me every Friday during Oscar Season for another episode of Behind The Lens.