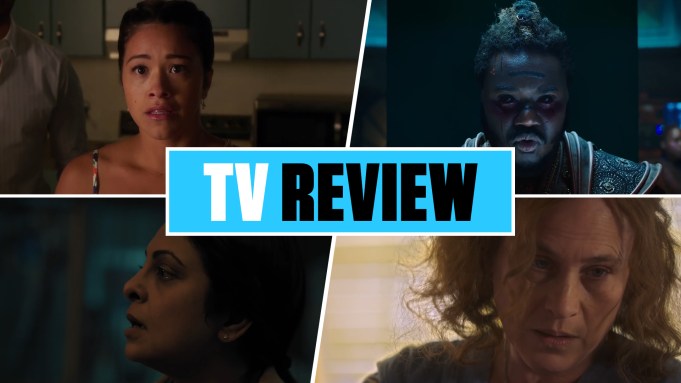 In these early days of spring, rebirth is the currency of the natural realm.

Such is also the case on the small screen with a couple of robust returns this week bouncing back to life and two criminally focused newbies in competition for the show you have to watch this week. With offerings from Netflix, the CW, Hulu and AMC, take a look at who is the winner in the video above.

Oscar and Golden Globe winner Patricia Arquette and Joey King take center stage in the first season of Hulu’s true and almost beyond belief crime anthology The Act, which premiered yesterday on the streamer. Opening with two episodes on March and six more to follow weekly, Season 1 focuses on the sordid tale of domineering mother Dee Dee Blanchard and her Munchausen syndrome by proxy daughter Gypsy Rose. This installment of the Nick Antosca and Michelle Dean and Universal Cable Productions series is based on Dean’s 2016 Buzzfeed article “Dee Dee Wanted Her Daughter To Be Sick, Gypsy Wanted Her Mom To Be Murdered” – which kind of says it all.

Having previewed at this year’s Sundance Film Festival just after having been scooped up by Netflix as part of the streamer’s strong play into India, the Shefali Shah and Rasika Dugal-led Delhi Crime is a true crime procedural both familiar and very distinct.

Launching on March 22, the same day as the Motley Crue biopic The Dirt and the second installment of The OA, the Richie Meta created series is based on the real life 2012 gang-rape of a 23-year-old woman on a bus in the South Asian metropolis. With Shah as Deputy Police Commissioner of Police Vartika Chaturvedi, the seven-parter races against time, factions and political pressure in the hunt for the perpetrators of the incredibly violent crime that shocked India and the world.

After an absence of nearly nine months, Into the Badlands is back with the first of its final eight-episodes starting on March 24. Premiering right after The Walking Dead, the remainder of the third season of the Daniel Wu-led dystopian marital art series moves to its regular and finale AMC spot of Mondays the next day. Full of the battle royales that have defined the feudal future America since Badlands premiered in November 2015, this last season looks to venture beyond the horizon of what we currently call Oklahoma, literally and figuratively.

March 27 sees beginning of the end of Jane the Virgin with the premiere of the CW series’ fifth and final season. Coming off a startling return from the dead Season 4 finale, the award-winning Jennie Snyder Urman created and Gina Rodriguez starring rom-com sitcom looks set to keep up the fast paced twists and turns in its final episodes.