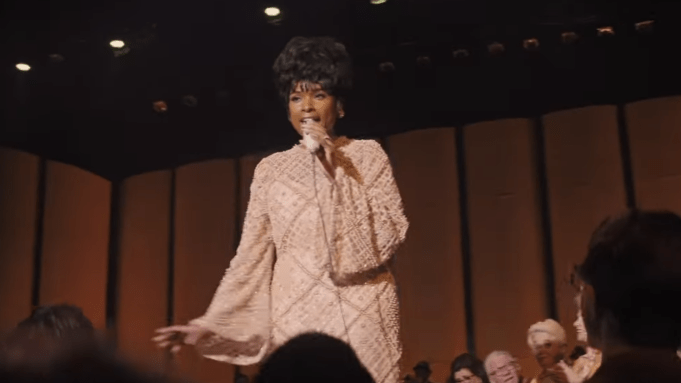 A new teaser trailer for the forthcoming Aretha Franklin biopic Respect debuted during the BET Awards — and Jennifer Hudson served us the goods.

The Oscar-winning actress sang a rendition of “Young, Gifted and Black” during the amazingly curated BET Awards ceremony of virtual presentations and creative musical performances adhering to social distancing rules. She elevated spirits and inspired viewers which led into a new look at the Aretha Franklin pic.

“You have disturb the peace when you can’t get no peace,” says Hudson as Franklin during the teaser.

This is the first look at the new MGM pic about the Queen of Soul since December and gives us more to devour as the Oscar-winning actress tackles the role with all that she has got as she sings the titular song from Franklin.

Directed  by Liesl Tommy, we not only get to see Hudson in action but also Forest Whitaker as C.L. Franklin, Marlon Wayans as Ted White, Marc Maron as Jerry Wexler and Mary J. Blige as Dinah Washington. Tituss Burgess also stars as Rev. Dr. James Cleveland.

Respect was set to go wide October 9 but has now shifted to a limited Christmas Day debut. It will then expand January 8, 2021 in theaters with a full-on wide release January 15, which is Martin Luther King Jr. weekend.