Continue to Deadline SKIP AD
You will be redirected back to your article in seconds
Skip to main content
October 7, 2021 9:10am 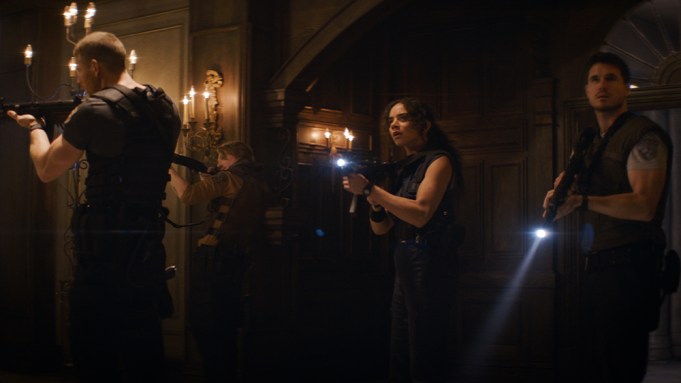 Sony’s Screen Gems and Constantin Film have released the official trailer for Resident Evil: Welcome to Raccoon City, which is being billed as an origin story of the Capcom video game that previously spawned six films that grossed $1.2 billion in global box office. The new action horror pic is set to be released in theaters on November 24.

The latest, which is written and directed by Johannes Roberts (47 Meters Down) and stars Kaya Scodelario, serves as a prequel to the original video game storyline. It’s set in in 1998 in Raccoon City, once the booming home of pharmaceutical giant Umbrella Corporation but now a dying Midwestern town with great evil brewing below the surface. When that evil is unleashed, a group of survivors must work together to uncover the truth behind Umbrella and make it through the night.

Hannah John-Kamen, Robbie Amell, Tom Hopper, Avan Jogia, Donal Logue and Neal McDonough also star in the pic, which marks the screenwriting debut of Roberts, a fan of the Capcom games who worked out an official origin story adaptation with faithful ties to the original IP. (The original movies starred Mila Jovovich and launched in 2002.)