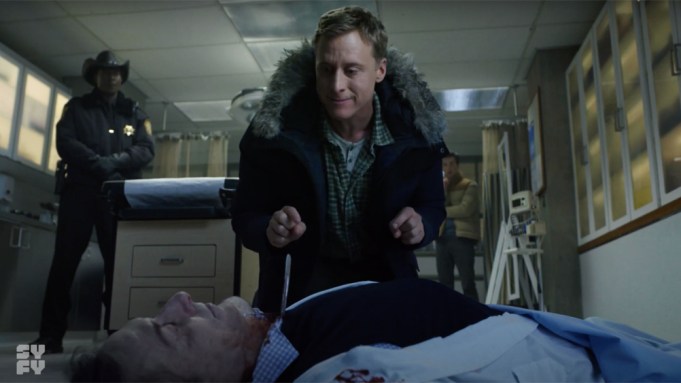 In the new Syfy series Resident Alien, Alan Tudyk (Rogue One, Firefly) plays Harry, a small-town doctor leading a simple life — with one caveat. He is actual an alien that crash-landed on Earth and is on a mission to kill all humans while posing as a human. Syfy released the first trailer to the new mystery/sci-fi/doctor comedy which is set to debut on January 27 at 10pm ET/PT.

Based on the Dark Horse comic, Resident Alien follows Harry as he attempts to live his best life while carrying out his secret mission of annihilating the human race. As seen in the trailer, things get a bit rocky when he’s roped into solving a local murder and realizes he needs to assimilate into his new world. As he does so, he begins to wrestle with the moral dilemma of his mission and asking the big life questions like: “Are human beings worth saving?” and “Why do they fold their pizza before eating it?”