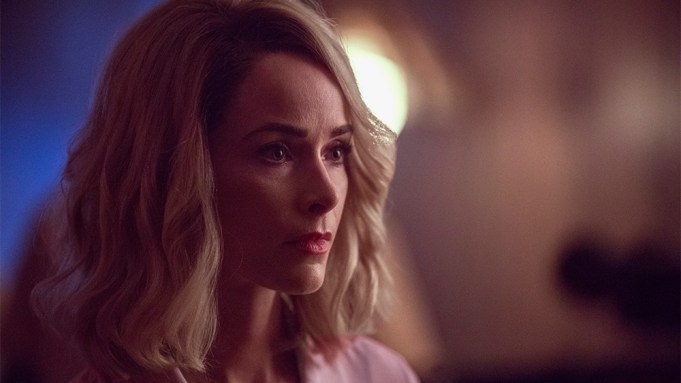 “Revenge Is Sweet” says the tagline on this new video of Hulu’s upcoming Reprisal, to which star Abigail Spencer, if full-on noir femme fatale mode, whispers, “So I’ll be seeing you soon.”

And that pretty much is the tone of this action-packed revenge thriller from creator Josh Corbin. The set-up: Spencer’s character wants to get even with her brother and, as Hulu puts it, “his bombastic gang of gearheads.”

When someone asks the aggrieved sister why her brother’s gang would drag her through a field chained to the back of a truck, the perfectly Lauren Bacallish response is a sultry “I’m afraid that part’s a little more complicated.”

Reprisal premieres all episodes Friday, December 6 only on Hulu.