Continue to Deadline SKIP AD
You will be redirected back to your article in seconds
Skip to main content
September 16, 2019 9:21pm 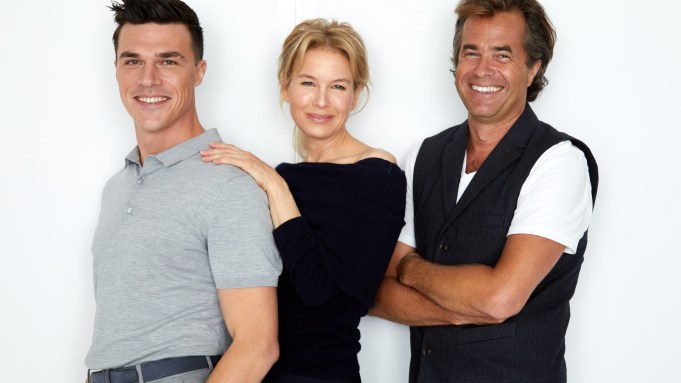 Everybody loves a comeback and it’s been a while since we’ve seen Renée Zellweger at the Oscars. Coming home from TIFF, one of the definite takeaways aside from Joaquin Phoenix in Joker was Zellweger’s sublime portrayal of Judy Garland in Roadside Attractions’ Judy. The pic follows the Wizard of Oz star during the third act of her life, performing standards at London’s Talk of the Town. Desperate for income and away from her young children Lorna and Joey, it wasn’t uncommon for Garland to take the stage completely inebriated, and muscle through a show. Rupert Goold’s Judy follows her finale and how the songs mirrored her life prior to her death. It was also during this time that Garland met her fifth and final husband, nightclub manager Mickey Deans, who is played in the film by American Horror Story‘s Finn Wittrock.

In prepping for the movie, Goold told us, “Rosalyn Wilder, who Jessie Buckley plays in the movie, is still alive, and would tell us a little bit about the chaos of those performances, and how on the extraordinary nights, they were transcendent, absolute transcendence. And we met other people who’d been there at the time, and were very much part of her legacy—and in some ways, all the more remarkable, because her instrument wasn’t what it had been. But her interpretive ability and I guess, to be blunt, her emotional resonance, sadly, some of her suffering was really coming out in this extraordinary set of songs she was delivering. And also great wisecracks. You know, [it] was a kind of mixture of stand-up comedy and singing that she was offering. She wouldn’t come on until gone midnight sometimes, in front of a very angry audience, and then she’d charm the pants off them. But then on other nights, obviously, she had issues with substance abuse, and they’re well-documented.”

“I think what had begun as a kind of blaze of glory, in those London openings—because she hadn’t been in London for five, six years, and she’s a huge, huge star, and still remains so in Britain—became this weird sort of gladiatorial sport, where people would go partly for not knowing what kind of Judy they were going to get, whether it would be a car crash or one of those famous nights,” adds the director.

Says Zellweger about the difference between prepping vocally for Garland and her vampy Oscar nominated best actress role in Chicago, Roxie Hart, “There are identifiable, signature qualities to her [Judy’s] style. So, it was becoming familiar with that. Where [Chicago’s] Roxie [Hart] was kind of bright and light, and singing from the heart, and I guess it was learning the songs and going from there, this was a bit more about building the muscle, which I didn’t think was possible. But I’ve since learned that that is a real thing, so I spent a lot of time building the muscle, and we worked on the songs extensively, about the narrative that wanted to be clear, in terms of how the song reflected what she was grappling with in her life, at that period in time. So, it was just a little bit more, I guess, process-intense.”

Check out our interview with Zellweger, Wittrock and Goold. Judy opens on Sept. 27.