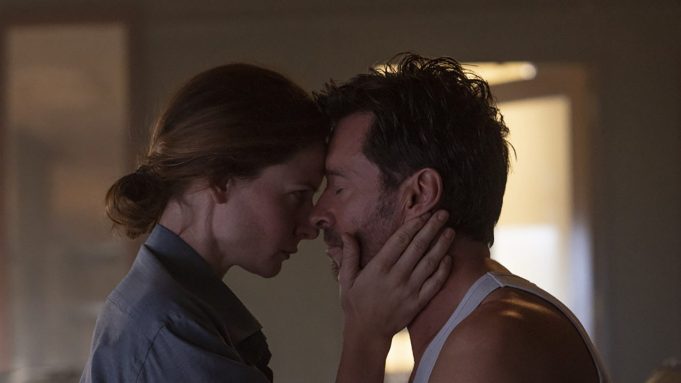 “You’re going on a journey, a journey through memory,” Hugh Jackman says in the first official trailer for Reminiscence, which Warner Bros. released on Thursday. “All you have to do is follow my voice.”

The first feature written and directed by Westworld co-creator Lisa Joy centers on Nick Bannister (Jackman), a private investigator of the mind. While living on the fringes of the sunken Miami coast, Bannister navigates the darkly alluring world of the past by helping his clients access lost memories, via futuristic tech. His life is changed forever when he takes on a new client, Mae (Rebecca Ferguson), and a simple matter of lost and found becomes a dangerous obsession. After Mae disappears, Bannister fights to find the truth of what happened to her, uncovering a violent conspiracy. Ultimately, he must answer the question, How far would you go to hold on to the ones you love?

In the Reminiscence trailer, we see Joy’s vision of a dystopian Miami, the coast of which is underwater, also taking in some background on what has gone wrong in Bannister’s world, via voiceover from Jackman. “When the waters began to rise and war broke out, nostalgia became a way of life,” he says. “There wasn’t a lot to look forward to, so people began looking back. Nothing is more addictive than the past.”

We also see Nick’s first encounter with Mae, a number of action sequences and stunning practical technology created for the film (for scenes in which Bannister brings peoples’ memories to life).

At a virtual trailer premiere event yesterday, the film’s writer and director appeared alongside stars Jackman and Ferguson, as well as co-stars Thandiwe Newton and Daniel Wu, noting that she fleshed out the script for her “labor of love” while pregnant.

Jackman praised the film as “something new and original,” with universal themes that should resonate everywhere. “This is not just sci-fi—this is humanity,” he said. “It’s a heart ripping open; it’s life and death.

“I would [still] like to be in Westworld, just to be clear,” the actor joked. “But I have a gut feeling [Reminiscence] will connect in all different places.”

As entertaining as it looks, the film also will grapple with weighty real-world subjects including climate change and disparity of wealth in America. This, Joy says, is a reflection of the stories she wants to tell, and how she views the sci-fi genre as a whole. “For me, science fiction is metaphor on a grand scale,” she said. “It’s a way of examining the world around us.”

Check out the film’s first full trailer above.