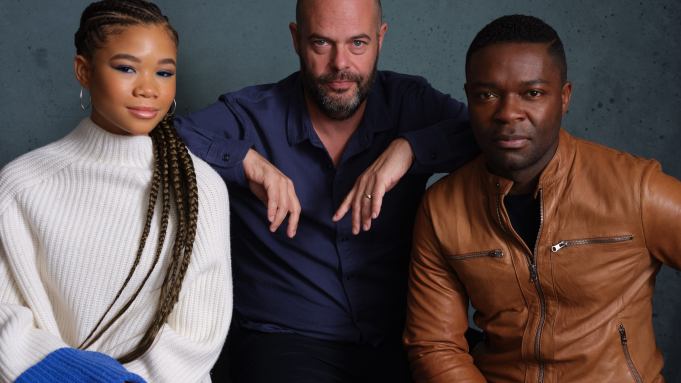 David Oyelowo is a desperate uncle in search of answers to what happened to his niece Ashley (played by A Wrinkle in Time star Storm Reid) who, along with her parents, was involved in an apparent murder-suicide in the Blumhouse supernatural thriller Relive.

The twist. Jack is still somehow able to communicate with Ashley. With the cell-phone connection acting as a link between the past and the present, Jack urges Ashley to collect clues that will help him to solve her murder and change her fate.

During his time at Deadline’s Sundance studio, where he was joined by Reid and co-writer and director Jacob Estes, the Selma star discussed pulling from his parental instincts to tackle this role.

“He can reach across timelines to try and save her but he has to protect her from the idea that her death is imminent. It’s the two things.’I got to save you but I also got to save you from the reality of what is just ahead of you,'” said Oyelowo, who also served as a producer on this project.

“As a father, you’re trying to protect your kids from certain realities for as long as you can until you just have to let them know for their own sake,” he added. “The genre elements were interesting of course, but it was more the emotional familial and character challenge for me, and I think for us, that really pulled me in.”