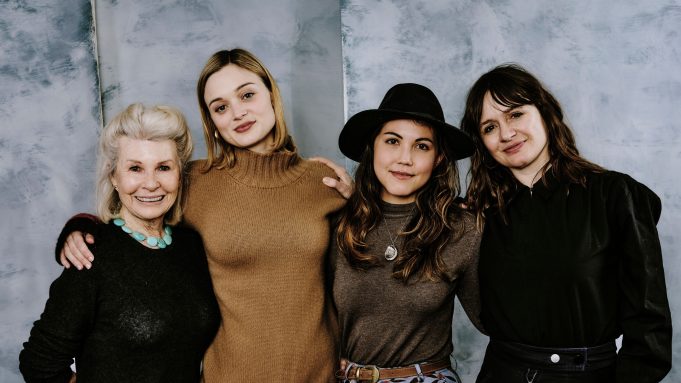 The first feature from writer/director Natalie Erika James, Relic was inspired by a trip to Japan in 2014. While visiting her grandmother, who was succumbing to dementia, James was stunned to experience that first moment when the woman she knew and loved couldn’t remember who she was.

“There was a lot of guilt associated with that, of not having visited her earlier. At the same time, she lived in quite a creepy, traditional Japanese house that was like 100 years old, that I’d always been scared of as a kid,” the director told Deadline in Sundance. “So, I think the combination of those two things was the starting point for the film.”

Starring Robyn Nevin, Emily Mortimer and Bella Heathcote, Relic centers on a daughter, mother and grandmother who are haunted by a manifestation of dementia—one that comes to consume their family’s home.

Appearing in Sundance with James, the trio of actresses explained what it was in the script that spoke to them. “I think it was the mother-daughter-granddaughter relationship that I so appreciated, because it felt very real to me, very raw,” Nevin shared. “I’d dipped into that life experience a little bit myself, so I believed it. I thought it was very truthful.”

In studio, the actresses also discussed the process of creating the complicated family dynamic at the heart of the horror pic. “I feel like we naturally just fell into some sort of family dynamic straight away. There was just an ease there, and as far as character and preparation and all that, I feel like half the work was done for me,” said Heathcote who portrays granddaughter Sam. “Everything was there in the script, and what wasn’t there in the script was there on set.”

Produced by Carver Films and Nine Stories Productions, with additional support from the Russo Brothers’ AGBO Films, Screen Australia, and Film Victoria, Relic premiered in Park City last week. For more from our conversation with the director and stars of the haunted house film, click on the video above.